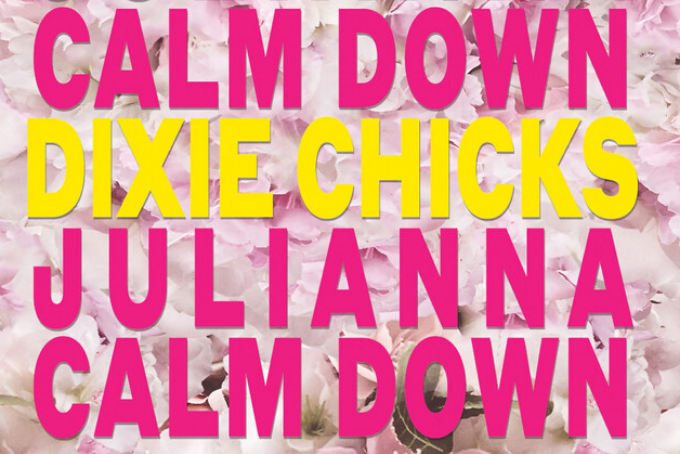 The Dixie Chicks may have postponed their upcoming album Gaslighter, but that won’t stop them from sharing some new tracks. Last week, the group released “Julianna Calm Down,” a slow number about standing up for yourself.

The song opens with a direct address to Julianna herself: “You know he’s about to leave, but don’t panic // Don’t give him the satisfaction that you can’t handle it // Breathe, it’ll be OK.” The lyrics are made up of simple encouragements to a loved one who is in a hard situation.

The production matches the simplicity and earnestness of the lyrics, with simple guitar and piano lines playing over a pulsing beat for the first half. As the song builds, the production does as well, ending in an exuberant burst of mandolin, plucked fiddle strings and an uptempo beat.

While the song seems to be mainly about women dealing with broken relationships, there are also lyrics that speak to our current quarantining situation: “I guess this is the time to remind you // sometimes what’s going through your head // is just a temporary situation // and light will soon be shed.”

Julianna is not the only woman named in the song. There are also shout outs to Eva, Katie, Harper and Violet. These names are notable because they’re also the names of the band members’ daughters. The song also lists Juno, Yaya, Berta, Hesper, Amelia and Naomi, who are assumed to be other important women in the band members’ lives.

“Julianna Calm Down” follows the release of “Gaslighter,” which was released in March. The album was set to be released May 1, but has been pushed back due to the COVID-19 pandemic. A new release date hasn’t been announced, but we’re hoping it will be soon!

Check out “Julianna Calm Down” here!