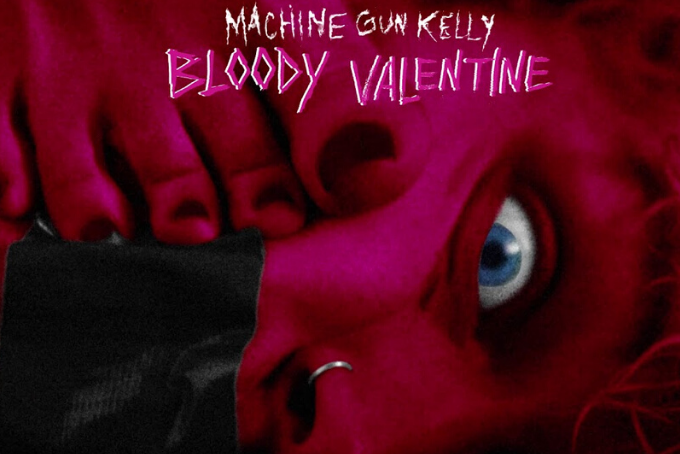 Machine Gun Kelly is giving up rapping for a while to focus on an exciting new project called Tickets To My Downfall. Machine Gun Kelly’s upcoming album is a collaboration with the extremely talented musician and producer Travis Barker. MGK has assured fans online that he isn’t taking a permanent break from rapping, but is simply just bored and isn’t afraid to break barriers and try something new and exciting.

stop telling me what to do thx 💀

MGK has also expressed that this was the most excited he has ever been about a song and album prior to the release of “Bloody Valentine.” The song is a very catchy rock anthem about falling hard for someone. Lyrics from the song’s chorus include, “I don’t do fake love // But I’ll take some from you tonight // I know I’ve got to go // But I might just miss the flight // I can’t stay forever, let’s play pretend // And treat this night like it’ll happen again // You’ll be my bloody valentine tonight.”

With the release of this single, it is very clear that MGK is capable of creating music from various genres, which makes us very excited to hear the rest of Tickets To My Downfall — set to be released this summer. Based on what the singer has said about the track, this album is one you’ll want to blast in the car with your windows down. Prior to the release of “Bloody Valentine,” MGK gave his fans a checklist to ensure the best enjoyment of the song.

rules for listening to Bloody Valentine this weekend:

must send it to a friend

must listen at least 25 times.

Overall, we are very excited about this new chapter in MGK’s career and see it being a very successful path for the Hotel Diablo rapper. The song brings back major 2000s punk vibes, so we can’t wait to hear the rest of the album this summer. Be sure to follow Machine Gun Kelly’s rules and check out “Bloody Valentine” down below. Leave a comment below and let us know your thoughts about this new project.