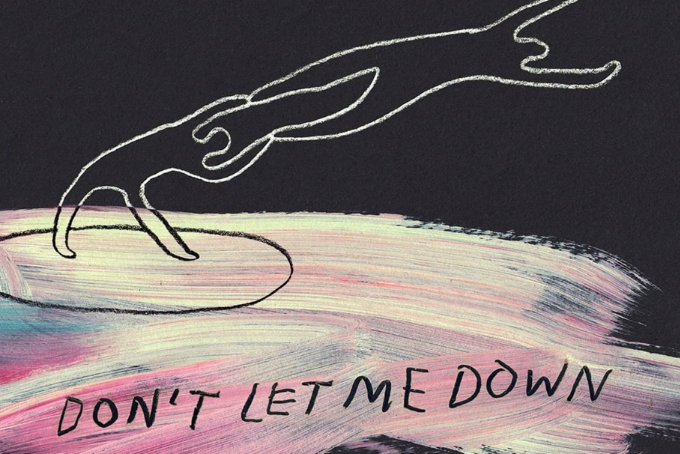 We love when awesome collabs come to life, and that’s exactly what happened with this next track! German folk group Milky Chance, consisting of lead vocalist and guitarist Clemens Rehbein, bassist and percussionist Philipp Dausch and guitarist Antonio Greger, teamed up with soft rock and tropical singer Jack Johnson to drop “Don’t Let Me Down,” followed by a super sweet music video.

Working together for the single was a thrill for the band, who released their first hit “Stolen Dance” in 2014. “We’ve been listening to Jack Johnson’s music since we were teenagers,” the band recalled, “And even played his songs with friends and our first band projects back then.” Milky Chance and Jack Johnson first met in 2018 at a music festival in Switzerland. A few months later, they both jammed together and appeared at Sea.Hear.Now.Festival.

The track opens with a groovy, island-vibe beat, and Clemens’ vocals begin. He’s describing a perfect summer day: sunshine, liveliness and positive energy in the air. “Just don’t let me down, I’m beggin’ you // I’m dreamin’ of a dream that is never gonna end // Oh, you gotta see it, it’ll treat you right // Just don’t let me down, heavenly.”

Johnson contributes his lyricism to nature and dreaming, which illuminates his signature style (“Banana Pancakes” anyone?) The song wraps around the concept of trust and capturing the good vibes.

Here it is, the lyric video to our brand-new song "Don't Let Me Down" with @jackjohnson! Watch it now – link in bio. #milkychance #jackjohnson #dontletmedown

Milky Chance have kept busy during the coronavirus pandemic. The band performed at the One World: Together At Home global streaming event last month. They joined a slew of other artists in performing from their respective homes in support of frontline medical workers.

This three-minute groovy jam is the perfect addition to our playlist for summer 2020, which we’ve all been working on during quarantine!

Don’t let Milky and Jack down… check it out here!