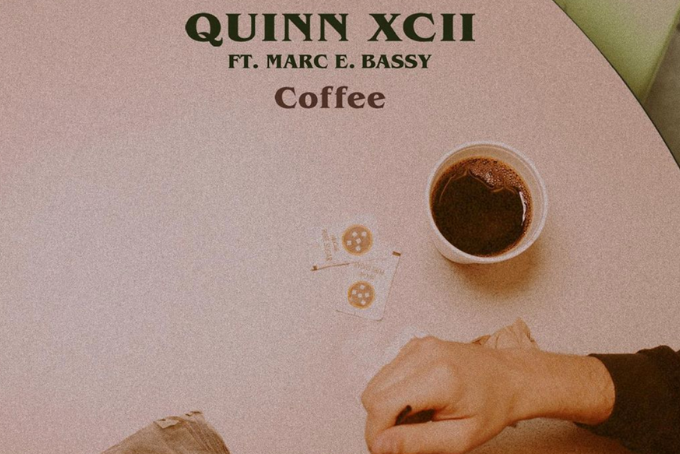 Brew a cup of Joe and take a second to vibe with Quinn XCII‘s latest single. Last Friday, we got to hear “Coffee,” a track with Marc E. Bassy, that is just as sweet (depending on how you take it) and luxurious as the delightful drink. The song was accompanied by a music video filmed in the midst of quarantine. Talk about a musician working through these conditions!

Quinn XCII began writing and recording his own music as a sophomore at Michigan State University. In May 2015, we got to see what he could bring to the table with the release of his debut EP, Change of Scenery and the hit “Another Day in Paradise.” The American singer-songwriter from Detroit has a unique style, combining pop and hip-hop music with elements of techno and lo-fi beats.

“Coffee” opens with a snippet of dialogue, which leads into Quinn’s realization that his significant other left in the morning, right after he brewed up two cups of coffee for them. Marc E. Bassy chimes in and alludes to the fact that the love that left was on their way to meet another. “I just made two cups of coffee // But you’re not here to drink it now // Forgot you left before the morning // Guess I’ll never know who you were thinkin’ ’bout.” There’s no doubt that this single will be on repeat for the next few following weeks.

In the video, Quinn XCII is disappointed and confused, leading to a crazy spiral of ridiculous online shopping — but who could blame him?. Light-up chopsticks, fake grills, a lime green spandex bodysuit, an inflatable dinosaur costume — you name it, he bought it.

The song will appear on Quinn XCII’s upcoming third album, A Letter To My Younger Self, which is set to release on July 10 with Columbia Records. The album will also include previously-released tracks “Two 10s” and “Stacy,” which are also some pretty awesome jams!

Have a listen below!