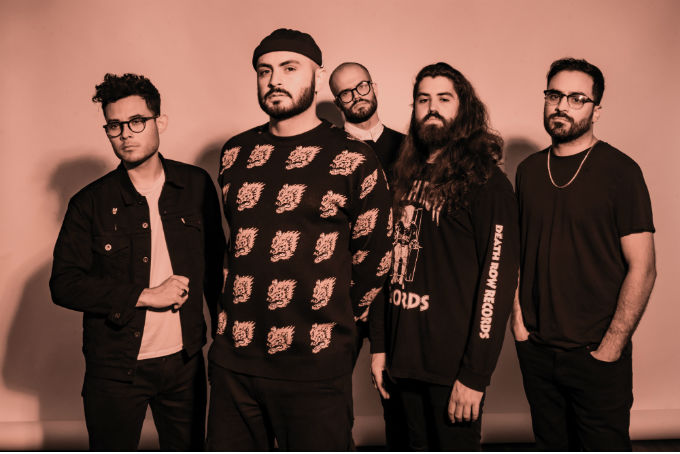 New Jersey rock band Can’t Swim has been working hard for the past five years with Pure Noise Records. With many amazing tours and collaborations, Can’t Swim continues to grow. They already have two EPs and two full-length albums. Now they’re dabbling in some acoustic renditions of their favorite songs. On May 6, they released the surprise: the When the Dust Settles EP. This acoustic EP includes four acoustic renditions of fan favorites.

We were lucky enough to talk to Can’t Swim’s vocalist Chris LoPorto about When the Dust Settles. We got to (virtually) pick his brain about reimagining songs, self-isolation creativity and what’s next for the band.

The EP has four songs: “Sometimes you meet the right people at the wrong time,” “Death Deserves a name,” “Stranger” and “My Queen.” Was there a reason behind selecting those songs as the four to reimagine?

I wanted to take a few songs from each release we had. When you play songs night after night, you start to imagine them in different ways; over the years of touring, I have pictured them with many different arrangements. In the other words, these four sparked my interest and curiosity the most.

How is the process of reimagining a track different than creating a song from scratch?

For me, the hard work was done already. I could focus more on the vibe and creation of the actual track itself and not so much the content or message behind it. It opened my eyes to why people enjoy covering songs — you can be very creative with something when it’s laid out in front of you.

Do you feel like your lyrics take a different tone in this stripped-down form?

I would like to hope so. I think it’s more stripped-down and vocal-focused. Perhaps if the message of the original song was lost somewhere behind the loud drums and distorted guitars, these versions will be a little easier to digest.

Are there any other artists you listen to and/or worked with that have done acoustic albums/EPs that inspired you?

I am sure they have; I can’t think of any off the top of my head. The idea for this project originated because of the quarantine.

How would you feel about performing the acoustic version of these songs on tour?

I certainly have thought about it. I don’t know exactly but I am sure these versions one day will see the stage, hopefully.

Since touring is on hold due to the pandemic, how is this time of self-isolation affecting your release process or schedule?

If anything, I think it has boosted it. We are always very eager to put out content and now we have plenty of time to do so.

Finally, what are some of your future hopes/plans for post-quarantine? New album, more acoustic songs, shows, collaborations, etc.?

Yes, yes, yes. We have a few more songs already recorded in the works and we are going into the studio in July for our third full-length.