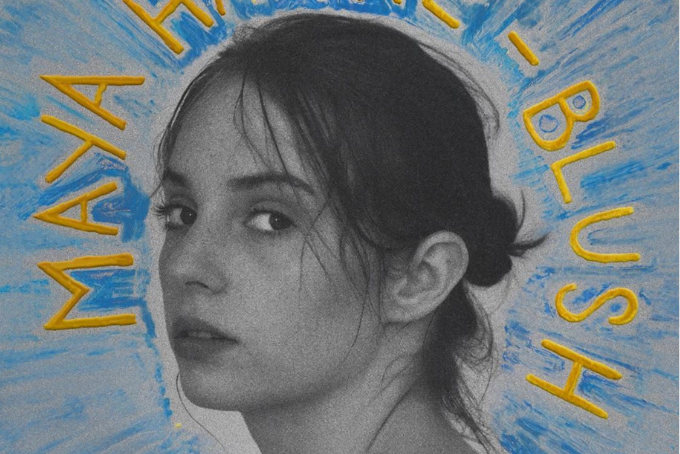 You may know her as Robin Buckley, Steve Harrington’s co-worker at Scoops Ahoy, in season three of Stranger Things. However, 21-year-old Maya Hawke is not only a great actress, but she is also a talented singer-songwriter. In fact, her debut album Blush will be coming out on June 19.

Grammy Award winner Jesse Harris, who has worked with Maya’s father Ethan Hawke in the past, collaborated with Maya in the making of the album. Harris wrote the music while Maya wrote the lyrics.

Maya Hawke is also a big poetry fan and a poet herself. She recently revealed to MTV that poetry is her main love, and that it connnects both acting and music to her. Her love for this art is evident in her 2019 debut singles “To Love a Boy” and “Stay Open,” which are not included on Blush‘s tracklist.

So far, Hawke has released two singles off Blush — “By Myself” and “Coverage —” and they are both self-reflection ballads. Maya has described “By Myself” as “a secret message to myself, that I hope I’ll receive someday soon.” Moreover, the singer wrote “Coverage” in a trailer while filming a movie. In Hawke’s words, the song is “about that kind of loneliness and confined sense you get when you’re doing this collaborative art form [acting].”

Blush‘s title, which Hawke’s mother, Uma Thurman, helped choose, has two personal meanings. The first one refers to acting roles. Hawke explained, “It’s very difficult to pretend to fall in love with someone without almost actually falling in love […]. No matter if a situation is fake, your body has a real reaction to it. You can really blush.”

Hey everyone. I hope you are safe and healthy and with plenty of food and toilet paper (but not too much) …with close loved ones but social distancing yourself from others. The first single and video, BY MYSELF from my upcoming album BLUSH is out now wherever music is streamed. I hope it can serve as a bit of company in these solitary times. Also merch for the new record is now available to order from my web sight in my bio. A portion of proceeds with go to the @foodbank4nyc I encourage direct donations as well. ❤️❤️❤️

The second meaning behind Blush is its relation to gender. In the same MTV interview, Maya admitted that she constantly feels embarrassment and shame. “‘Blush’ is such an interesting word to me because it’s a feminized, romanticized version of shame. When you’re blushing, everyone’s like, ‘Oh it’s so sweet, she’s blushing.’ But it’s really a reaction to shame and humiliation. It’s kind of seen in young women as being charming, sweet and effeminate. I was interested in exploring the underbelly of that feminized feeling of shame.”

Overall, we can expect Blush to be an acoustic, folk-inspired album with very deep metaphors. As Maya herself said, “it’s definitely not party music.”

You can watch Maya Hawke’s latest music video for “By Myself” here:

Remember, you can pre-order Blush and Maya Hawke merch in her official shop. A portion of all proceeds will go to benefit the Food Bank for New York City.