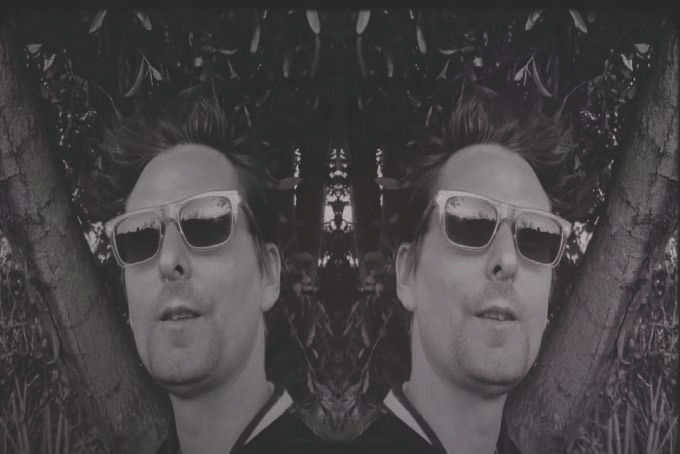 With a notable number of Muse‘s songs dealing with conspiracy and the end of the world, it should come as no surprise that the current state of the world would give the trio some inspiration. This time, however, lead singer Matt Bellamy has decided to make this a solo venture with the song “Tomorrow’s World.”

“This song captures my mood and feelings whilst in lockdown,” Bellamy says of the track. “I have been reminded of what really matters in life and have discovered growing optimism, appreciation, and hope for the future.” The song is only Bellamy’s second solo outing, following “Pray (High Valyrian)” from Game Of Thrones last year.

“Tomorrow’s World” is a sweeping and atmospheric piece. Backed by piano and strings, Bellamy utilizes the softer side of his voice, as opposed to the often dizzying heights his voice can reach in Muse’s more rock-based songs. The piano opens with some sinister-sounding minor chords, before Bellamy’s calm tone comes in, changing the feel of the song instantly. “Your eyes see clearer // Your hands can heal her,” Bellamy softly sings, before imploring of listeners in the chorus to not waste this chance to create a brighter future.

The track plays out like an open letter to the entire world, full of hope that we can make changes for the better of the planet, now that we’ve seen what the lack of human impact can heal. Instead of coming off angry or commanding, as a call to action can be, Bellamy chooses to focus on what humanity is already capable of doing, showing us that we can and already are achieving great things to save our world.

“Tomorrow’s World” is an inspiring and beautifully haunting piece that reminds us that while we never truly know what the future holds, we have the ability to try and make it the best it can be.

Check out the lyric video for “Tomorrow’s World” below!