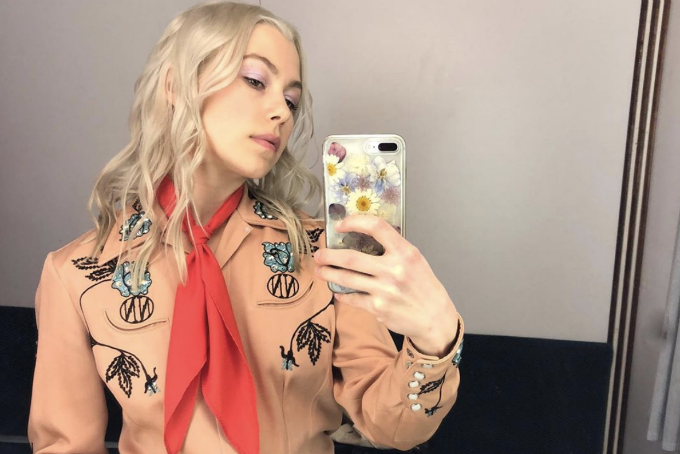 We love The 1975, and clearly, their friends love them too! So much so, that their friends covered a bunch of their songs while self-isolating. The British band is all over the media, ahead of their fourth album, which will be released on May 22. So, the British publication The Face gathered some friends to pay tribute to a very-much-alive band, and we are here for it! One of the standout covers is from American indie musician Phoebe Bridgers. Even better, Phoebe is a featured or backing vocalist in four songs on the upcoming album, Notes on a Conditional Form.

During the at-home tribute, Bridgers covered “Girls,” one of The 1975’s more poppy hits from their first album. However, Phoebe put a softer spin on the track. With just an acoustic guitar, she really made the song her own. It’s more similar to her personal style of music, which adds to the sincerity and authenticity of the cover. The Los Angeles singer-songwriter’s soft, articulated vocals really help to emphasize Matty Healy‘s lyrics. While the original single is poppy, Bridgers’ cover is soft with a twinge of darkness. Either way, she managed to breathe life into an already spectacular song, which makes it a great cover.

We’d love to see more popular musicians covering each others’ songs. And maybe even more of Phoebe Bridgers doing covers. She’s extremely talented and has been praised by many artists and critics in the last few years. Phoebe was set to tour with The 1975 in the United States. Although the tour has been cancelled, we hope they reschedule when it’s safe to do so. The musicians seem to work really well together, especially as they are fans of each others’ work. Phoebe and The 1975 content is making social distancing a lot better!