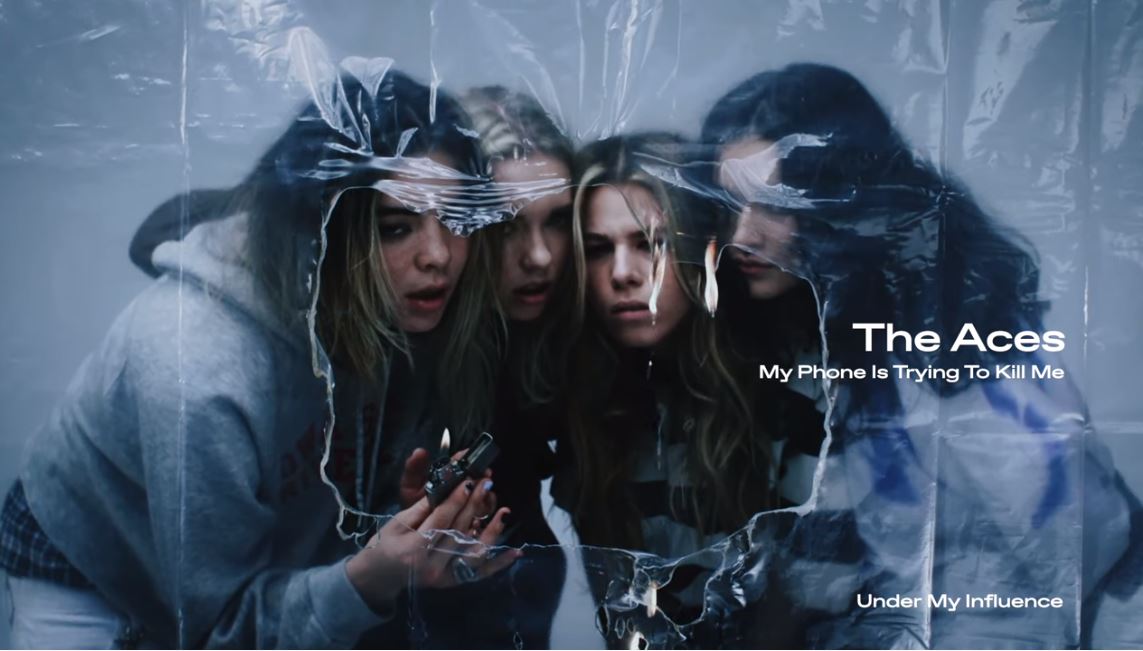 With a brand new album on the horizon, The Aces are wasting no time pumping out new music, which includes their most recent single “My Phone Is Trying To Kill Me.” This new release is the third single to prelude upcoming album Under My Influence, set to drop June 12, following their previous singles “Daydream” and “Lost Angeles.”

The message behind “My Phone Is Trying To Kill Me” raises a notorious question within society: is social media beneficial or destructive to users? Lead singer Cristal Ramirez opens the track, claiming, “I’ma put down my phone // ‘Cause it makes me feel so alone // Tired of checking on you // ‘Cause you always look so damn cool.” Ramirez openly admits that even after breaking up with an ex, stalking all of their new posts to assume how they’re doing is way too tempting. Often times, it’s easy to judge others’ social media presence as we create our own narratives about them in our heads.

One of the most notable lines in the song lies in the second verse, where Ramirez questions her own mental state: “Is this really me? // I’m a ten actin’ like a three // Now I’m in disbelief // ‘Cause you got the better of me.” In the most comedic way, Ramirez gasses herself up, remembering that she’s totally a “10” and reminds herself to start acting more like it. The witty lyrics are toying with the idea of the ego and how external validation often fuels it. Although it may be vain, the lyrics suggest that moving on without the gratification of a partner can have a drastic effect on one’s self-worth.

The band shared more about their motives behind the anticipated album with Ones To Watch. They declared “When we set out to write Under My Influence, we didn’t know exactly what would come out. All we knew was there was one rule: if you felt too vulnerable, if it scared you, then you had to keep going. Every time we wrote a song, that was our mentality. We knew we wanted to come back with an album that left everybody feeling like The Aces would never make the same thing twice. These songs are truly the stories of our lives. Under My Influence means so many things to us, but above all, it means unapologetically becoming who you are.”

When it comes to execution, The Aces have mastered blending the worlds of anthemic indie-pop and transparent lyricism that’s too relatable to ignore. The band has a special niche for turning their anxieties into dreamy pop songs you can’t help but play on repeat!