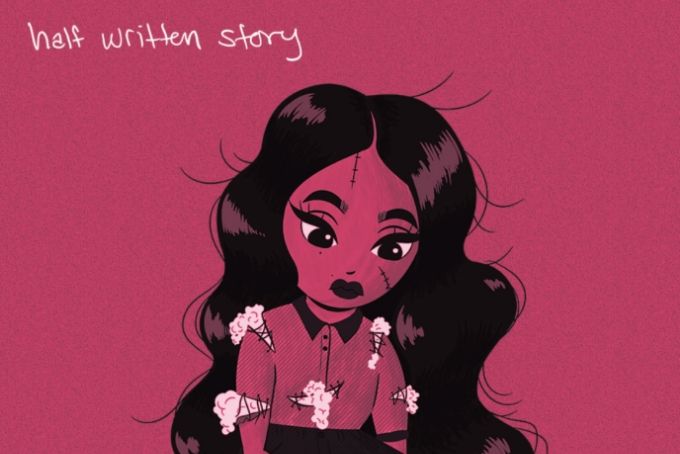 The wait for new music from Hailee Steinfeld is over! Last week, she dropped her latest project: an EP called Half Written Story. It’s the first of a two-part collection; she’ll be releasing the second batch of songs later this year.

The songs on the EP follow the theme of heartbreak and moving on. “I Love You’s,” the first track on the EP, was released earlier this year. The song samples vocals from the 1995 Annie Lennox track, “No More ‘I Love You’s.’” The lyrics describe Steinfeld’s resolve to swear off relationships for the time being, singing, “No more I love you’s // Until I’m okay.”

“Your Name Hurts” is a retro-sounding ballad about how hard it can be to move on when everything reminds you of the person you lost. In an interview with Apple Music, Steinfeld said, “I wanted to write a song about how something as simple as a person’s name can go from being the one word that lights you up inside — making your heart skip a beat when you see it on your phone, putting the most ridiculous smile on your face — to something that suddenly… makes you nauseous. It stings. It hurts. It hits different. This song is about something so simple turning on you, and never really being the same.”

“Man Up” is a fun song, laced with bitter jokes about a partner that won’t grow up. Steinfeld kicks the song off with, “My brother hates you, my mother hates you // My father and sister, too // Wait, I don’t even have a sister // But if I did, she’d hate you,” which pretty much sets the tone of the song. It’s an interesting direction for Steinfeld, specifically when it comes to vocals. Instead of the smooth vocals we’ve come to expect from her, she gives the verses a rap flow. It’s an unexpected move that displays the singer’s willingness to experiment.

The EP finishes with the first single from the project: “Wrong Direction.” It’s a simple, acoustic ballad with just Steinfeld’s vocals, a piano and a string section. It’s a powerful song about how you can feel at the end of a relationship. “Loved me with your worst intentions // Didn’t even stop to question // Every time you burned me down // Don’t know how; for a moment it felt like heaven” are just some of the many vocals that pack a serious emotional punch.

In an interview with Forbes, Steinfeld said, “I’m just looking forward to seeing their reactions to the music… one thing I love is that all my fans will come to me and tell me these records made them feel less alone and hearing them say that and sing these songs and watching them make videos to these songs and do all that makes me feel like if what I went through was good for anything it’s that.”

Check out the music video for “I Love You’s” below!