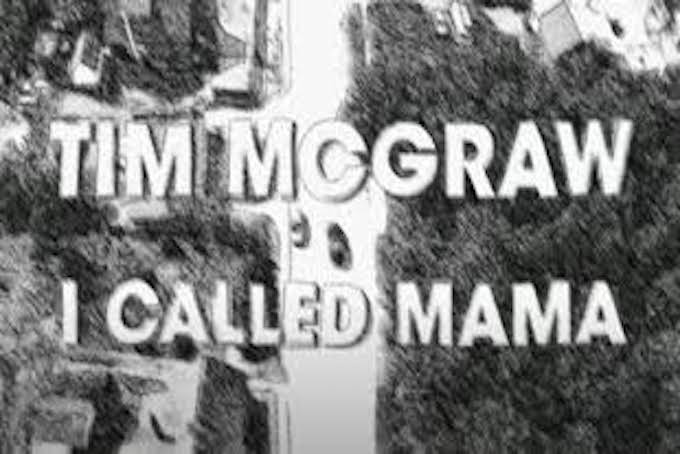 Country music star Tim McGraw has graced us with a new single, “I Called Mama,” that is extremely heartfelt and came out just in time for Mother’s Day. “I Called Mama” is the first single that McGraw has released since resigning with Big Machine Records at the beginning of this year. To make the song even more special, he has spent weeks encouraging fans to send in videos of their own mothers, to be featured throughout the project. Even though Mother’s Day has come and gone, you can still show your appreciation for the mother in your life with this song!

Tim McGraw is no stranger to reminiscing on the good times from the past and having the heartfelt return-home song (i.e. “Meanwhile Back At Mama’s,” featuring his lovely wife, Faith Hill, from his Sundown Heaven Town album). “I Called Mama” depicts the warmth that mothers carry, even when there doesn’t seem to be any around. The song starts off on a sad note, which leads him to call his mama. The song goes on about when mama picks up the phone and how he can always sense her smile. The chorus is no doubt the highlight of the song, with the lyrics, “So I stopped off at a Texaco // Bought a Slim Jim and a Coke // Parked out by the water just to watch that river flow // Grabbed my guitar from the back seat // Wrote a song just for me // And I sung it for the blue sky // And a couple live oak trees // I thought of home, grabbed my phone from my pocket // And I called mama.” Hopefully this is a good reminder to call your mama and hear her smile through the phone!

While social distancing is tough, especially on holidays like Mother’s Day, when all people want to do is show love and affection to their mothers, this song is a good reminder that even something as simple as a phone call to Mom is a joy and a blessing in these dark times. Fans have shown overwhelming support for the single, saying things like, “I love the song it brought tears to my eyes I remember all my talks with my mama when she was alive. I lost her 23 yrs ago. It still hurts every day. She was my best friend as well as my mama…” and “Love this… what I would do to call my mom.” It is no wonder that the song is so popular and a perfect reminder of Mother’s Day and every day!