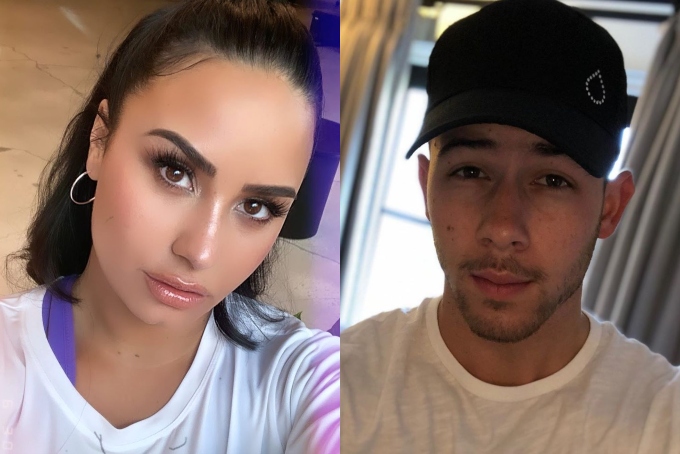 In a recent interview with Harper’s Bazaar, Demi Lovato officially confirmed that she’s no longer friends with the Jonas Brothers with a nod of the head. And thanks to a new song that leaked yesterday, May 14, called “Ain’t No Friend,” fans seem fairly certain that the “Anyone” singer’s friendship with Nick Jonas ended on bad terms.

That’s right! “Ain’t No Friend” was just one two songs that leaked yesterday from Lovato’s upcoming D7 Sessions, and fans thinks the lyrics pretty much tell you everything you need to know. “It was all good back when we were working for the big mouse,” the “Anyone” songstress sings on the first verse. “We were best friends, family, and everything between.”

But the Disney reference isn’t the only hint fans picked up on. “Took you on the road, showed you some love, then you played me,” she sings on the second verse, allegedly hinting at when Nick joined her for the Future Now tour. She also mentioned their former record label Safehouse Records and said that she was “crashing down like an avalanche.” And as all die-hard Lovato and Jonas fans know, “Avalanche” is the title of a collaboration they once did together.

Those are only a few of the possible references to Nick that the Twitterverse has picked up on. And it’s safe to say that people have a lot of opinions about the leaked track — especially its chorus, where Lovato claims this person “left me there to die.” “Not Demi saying ‘you left me there to d*e’ and ‘this is our future now’ in the same song,” one person tweeted. “She is really never gonna let Nick Breathe again.

And that’s just one example of the big reactions that surfaced on Twitter in the last 24 hours.

this demi song is so obviously about nick omg 💀💀💀

That Demi Lovato leaked song was such a blow to Nick Jonas. Like Future Now dig? And Safehouse Records dig. 😕 I understand music is an outlet for people to vent frustrations and heartbreak. 🙁

I’m not going to pretend like I know what happened between Demi and Nick……. But why did the Avalanche reference on her diss track hit so hard? 😪😭 pic.twitter.com/nod57tuo73

Regardless of how you feel about the track, though, there’s one thing we know for sure: The end of their friendship is heartbreaking for so many fans, which makes this alleged diss track even harder to grasp.

here's the thing…. no one will ever know what really went down between them. demi very clearly told her side and in my mind nick told his in used to be. but all there will ever be is rumors and speculations. their friendship ending will forever hurt my heart

“Their friendship ending will forever hurt my heart,” one fan wrote. And we have to say, we couldn’t agree more.