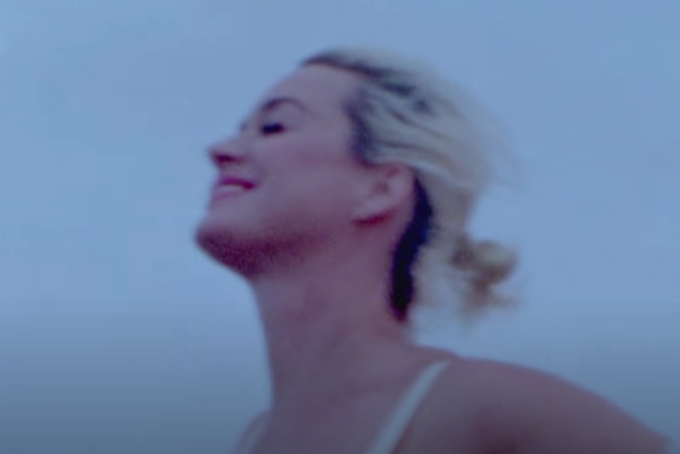 Well, she’s back, folks. Katy Perry has officially begun her #KP5 era with her melodic new single “Daisies,” and if you’re lacking inspiration amid quarantine, the song is sure to lift your spirits and encourage you to once again pursue your dreams.

“Told them your dreams and they all started laughing,” the pop star sings on the first verse, immediately capturing the attention of anyone who’s been told their dreams are too big. “I guess you’re out of your mind till it actually happens.” But Perry’s here to remind us that we can beat the odds, no matter who says we can’t. “I’m the small town / One in seven billion,” she continues. “Why can’t it be me?”

Katy only drives this point home in the following verses, where she opens up about how people have tried to come in the way between her and her goals. “They told me I was out there / Tried to knock me down,” she sings before explaining how she’s risen above the criticism. “Took those sticks and stones / Showed ’em I could build a house.”

Perhaps the most impactful part of the song is the bridge, which is a little more instrospective than the rest. “When did we all stop believing in magic?” she asks. “Why did we put all our hopes in a box in the attic?” Turns out, you’re equally to blame for the dreams you once had that never came true. You were the one who put them on a shelf and never came back them.

Still, it’s never too late to go after your dreams. “I’m the long-shot / I’m the Hail Mary,” the pop star croons, ultimately reminding listeners that they’re special, unique, and can do anything they set their minds to. “Why can’t it be me?”

Perry celebrated the release of “Daisies” on Instagram upon its release. “I wrote this song a couple months ago as a call to remain true to the course you’ve set for yourself, regardless of what others may think,” she said, explaining the track’s inspiration.

Lately, though, the song has been hitting her differently amid the ongoing coronavirus crisis. “Recently, it has taken a new meaning for me, in light of what the whole world is experiencing,” she added. Each of us is one in more than seven billion, with our own story of strength and resilience to tell. DAISIES is out now. I hope it will be the soundtrack to going for your dreams now… especially the ones we left behind.”