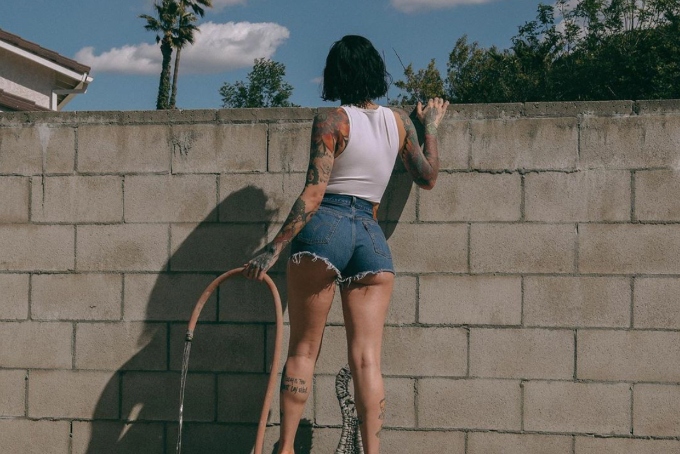 R&B artist Kehlani has released her sophomore album, It Was Good Until It Wasn’t, and it touches on both past and present relationships. The record is Kehlani’s first record 2017, and now that she’s back, everyone’s pretty stoked about it.

The “Good Thing” singer released “Toxic,” “Everybody Business” and “F&MU” earlier this year, and they were generally well-received by fans, which further built up the anticipation for the remainder of the album. When it finally arrived, fans took to Twitter to pour out their admiration of both the LP and Kehlani, and it’s no wonder why. This album is raw and true — down to the very last second. It Was Good Until It Wasn’t was definitely worth the wait.

it’s been a long road. an uphill battle. feeling like i was only seen and not heard, and even when seen.. was i felt? i spent nights questioning if my art still meant as much to my fans as it did to me. i pushed thru this album. thru new motherhood, postpartum issues, heartbreak, loss, grief. i lost 2 people i called sister. i lost love i considered unbreakable. i cried. i wiped the tears. everyday there was effort to heal. i’m still trying. this album, making it with my friends, being supported by an incredible team i consider family, felt personal. it felt like a win for all of us. it felt like a lot like You Should Be Here. i remember being barely 20 and wide eyed, hungry and hopeful, grateful as ever. today i dapped 20 year old me up and said she’d be super proud she got her groove back. proud she ain’t gave up. proud she made something the world feels. from me, my family, and everyone who participated in making this the biggest most beautiful moment of my entire career so far… thank you. #ItWasGoodUntilItWasnt

Fans are especially loving the singles “Toxic” and “F&MU,” as well as “Can I” and “Change Your Life.” In “Toxic,” Kehlani touches on the addiction you can have for a toxic person, singing about how it can be so sweet, but so very dangerous. “Problematic / You know that dick always been problematic / Somehow I’m always callin’ your dramatics / All in your acrobatics / You know I want the static / Tell me to throw it backwards,” she sings.

“Can I,” featuring Tory Lanez, is also a fan favorite, and that’s definitely due in part to the song’s production. Fans on Twitter can’t stop talking about the beat of this track and all the things it makes them want to do with their significant others.

“Change Your Life,” featuring Jhene Aiko, is a song that fans gravitated toward from the very beginning. One fan said that she is, “just trying to sing ‘Change Your Life’ to someone’s son,” which everyone can agree with. The lyrics of this song really make it special. “I’m here to excel with you / Here to break bread with you,” she sings. “Here to travel the world and sleep in different beds with you / Here to make revenue / Know it’s impressin’ you.”

“F&MU” is arguably one of the best make-up, break-up songs ever written. Some fans even say that the song is an excellent explanation of why they pick fights with their significant others over tiny, insignificant things. Needless to say, the lyrics and the beat make this bop a standout on It Was Good Until It Wasn’t.

In an effort to connect with fans right now and hear their thoughts on the album, Kehlani posted a number that they can text to interact with her.

i DO be on there texting back as much as u can, it’s hard cuz y’all blow it up BUT, it comes to my phone! so hit me. also updates on there are pretty cute 😘

This album is a great way to get in your feels, and it will definitely make you appreciate Kehlani for dropping such an amazing set of songs during this weird time. It’s available on all streaming platforms now!