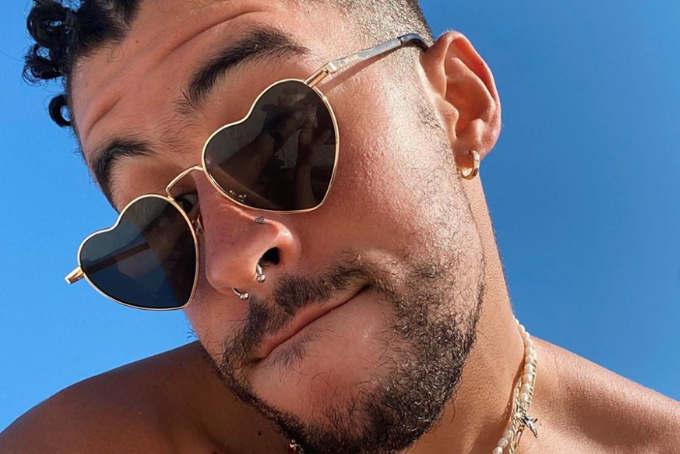 Benito Antonio Martínez Ocasio, known to the world as Bad Bunny, made music history, even more so during this pandemic, by being the first urban Latin male artist to be on the cover of Rolling Stone Magazine.

The story was written by the magazine’s Latin music editor Suzy Exposito; transcribed and translated by @wannabedb on Twitter; and shot by Bad Bunny’s girlfriend, Gabriela Berlingeri — all Puerto Rican and Colombian. Girlfriend Berlingeri shot the Puerto Rican singer on her iPhone while they were under quarantine back home. During an interview, Rolling Stone said it was a blessing because Berlingeri was able to capture such intimate moments that otherwise would not have been possible if the photographer would have been anyone else.

Bad Bunny is leading a Latin pop revolution, albeit from home. “A wholesome reggaetóncito took off worldwide and became very popular,” he says. “But O.G. reggaetón deserves a space in the pop world.” Read our June cover story on the Puerto Rican superstar at the link in our bio. Photograph by @gabrielaberlingeri. Styled by @stormssmoov

In the now-iconic feature, Martínez talks about spending his time in San Juan, Puerto Rico, with Berlingeri, in an Airbnb while the coronavirus has put construction on his dream home on hold. The feature talks his sophomore album, YALQMDLG, an acronym for Yo Ago Lo Que Me Da La Gana, meaning “I do whatever I want,” which dropped in February. During quarantine, he decided to give people the entertainment they needed by dropping another album on Mother’s Day titled Las Que No Iban A Salir, which is a collection of tracks that ultimately did not make YALQMDLG.

The feature, along with his musical inspiration, mentions his success over the past few years — touring around the world, millions of streams, and being one of the most successful independent Latin artists in the world. The feature highlights his life growing up in Puerto Rico, his passion for music at a young age, relationship and breaking cultural stereotypes in the Latin community with his music videos.

Although — like for many of us — the future is uncertain, Martínez ends on a note saying he is at the happiest moment of his career and his love for music never dying.

Take a look at the full feature here.