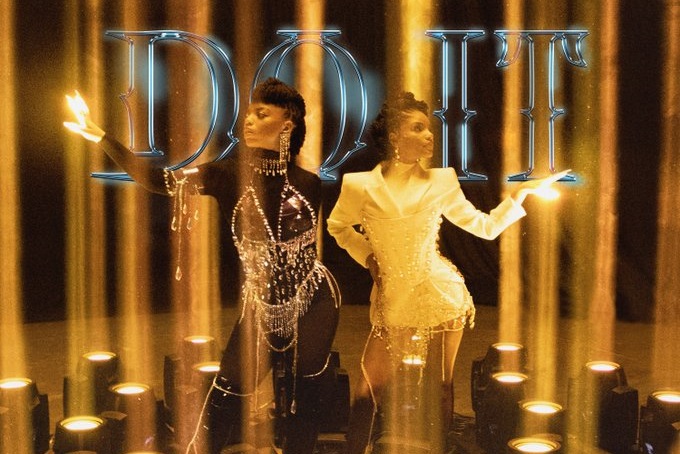 Back in 2018, sister duo Chloe x Halle‘s debut record, The Kids Are Alright, proved they were worth all the hype that none other than Beyoncé had created, when she signed them to her Parkwood vertical. Full of innocence and affirmation, the record proved that the duo were more than alright; they were incredible. Since, the pair have secured their first Grammy nomination; lent their voices to numerous soundtracks, including Game of Thrones; and expanded their acting portfolios, with Chloe cast opposite Oscar-winner Russell Crowe, and Halle securing the lead role in Disney‘s upcoming live-action remake of The Little Mermaid. With all of those accomplishments racked up in the two years since their debut album, it’s safe to assume the duo has grown up. With their newest track, “Do It,” they prove it.

As the lead single off their upcoming sophomore effort, Ungodly Hour, “Do It” is anything but ungodly. The sister’s signature, angelic harmonies are all over this track. A tumbling R&B-trap number, “Do It” shows a distinct maturity in comparison to much of the girls’ previous releases, evolving from innocent bops to full-on club bangers. “Do It” is an ode to nights with your friends, as Chloe x Halle flex over and over, partying the night away. “We ain’t out here looking for boo // ‘Cause some nights be better with you,” Halle croons, as the beat builds to the chorus. “It’s a homies-only kind of mood.”

The music video for the track is also a serious step-up for the duo, showing they mean business. A gorgeous throw-back to R&B videos of the early ’00s, Chloe x Halle serve everything from looks, to visuals, to choreography, perfectly capturing the vibe of the track.

Beyoncé’s approval is very hard to deny, regardless of what has earned her approval. However, Queen B’s approval is probably at its most undeniable with Chloe x Halle. Whether you were a fan or not before “Do It,” the track can only work to cement the duo’s status as the next big thing.