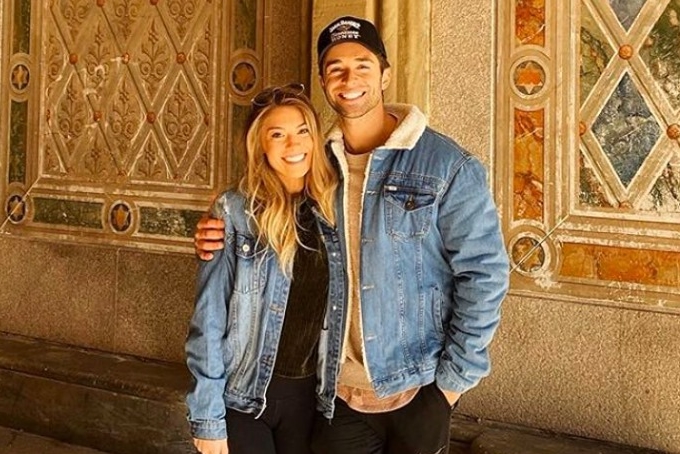 By dropping “Saved Me,” Jake Miller blew the doors open on a new era of music. The 27-year-old Florida R&B singer released his first material of the calendar year on May 15 — the presumed first single of his upcoming EP.

The vibe-y record chronicles how Miller didn’t feel great during “these last few years,” despite his commercial success, turning to drinking and smoking to deal with his internal turmoil, and also encountering “long nights [he] didn’t sleep a lot.” He sings that at times he was even “…losing hope.”

With a tempo change swathed in synth, he recalls how girlfriend Brandi Burrows “fell down from the stars… and picked up all [his] broken pieces.” Miller goes on to promulgate that it led to him to “drinkin’ less, smokin’ less” and enjoying “better sleep, better sex.”

While the sonic topography of “Saved Me” is in contrast with Miller’s earlier set list stalwarts, it shows growth not only in him as a person, but also as a composer. The track is sharp in its format, with Miller producing alongside former Tonight Alive guitarist, Whakaio Taahi.

“Saved Me” has been featured in many of Miller’s Tik Toks since its release — a platform that Miller and his family have been very active on during quarantine.

Over the Victoria Day weekend, Miller and his family hosted a neighborhood socially-distanced concert, so fans could hear the song live — his summer tour was canceled due to COVID-19 concerns.

The track sets Miller up nicely to rekindle the EP cycle once the world gets back to normal with a fresh new sound and style. If you didn’t know Jake Miller yet, “Saved Me” is the masterful melody to acquaint you with what is to come.