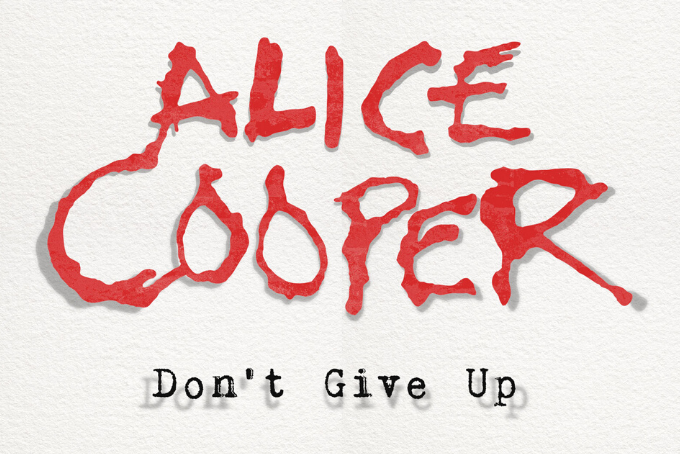 Once upon a time, in a land that was not-so-far away, Alice Cooper was the shock rocker.

Yes, long before the days of Brian Warner — er we mean Marilyn Manson — burning bibles, or even before Ozzy Osbourne was biting heads off bats, there was Alice Cooper, welcoming us into his nightmare, and (accidentally) killing chickens.

Of course, it’s hard to be scary or shocking when everyone is actually living through what feels like the world’s worst horror movie. But Cooper isn’t a quitter, and if anyone was going to release a song in these uncertain times, it was going to be him.

Though he has been dubbed “The Godfather of Shock Rock,” Cooper probably hasn’t actually been considered shocking since the late 70s, when he started showing up in places like “The Muppet Show.” Still, his music isn’t exactly known for being “uplifting” or even overly positive. “Don’t Give Up,” a ballad about how we’re going to survive through COVID-19, is a definite change of pace for the guy who’s most known for songs like “School’s Out” and “No More Mr. Nice Guy.”

Of course, just because it’s meant to be a positive song, that doesn’t mean it’s not still an Alice Cooper song. So don’t expect any sweet acoustic guitars or soft vocals because you won’t find them here. This song is filled to the brim with wailing guitars, Cooper’s signature gravely vocals — and of course — the kind of spooky and dark lyricism that made him famous in the first place.

In fact, “Don’t Give Up” isn’t just a song about survival, but about fighting back. With both spoken word and musical verses, Cooper insists that we’re resilient, insists that we’re not afraid (speak for yourself), and that we’re not… uh… “backing down.” Though it’s still unclear how we’re actually all meant to fight back against this virus, it’s still a nice sentiment, and if we’re being totally honest, the imagery of “slaying” the “monster” that is COVID-19 is way more metal than the imagery of sitting inside playing Animal Crossing all day (even if you’re in one of those “Spooky Animal Crossing” Facebook groups).

The music video is par for the COVID course — a collection of fan-generated images and a self-recorded, socially-distanced video that’s meant to show that even though we’re apart, we’re still together. A bit saccharine for Cooper, but hey, he’s 72 years old and is allowed to get a little soft in his old age.

Did we need this song? Maybe not, and certainly, Cooper didn’t need to put it out. But it’s still nice that he did, and it’s a nice reminder that Cooper is still around and still kicking. If we’re being honest, there is something really nice (and comforting) about the fact that no matter what, we can still depend on Alice Cooper to make some good ol’ rock ‘n’ roll.