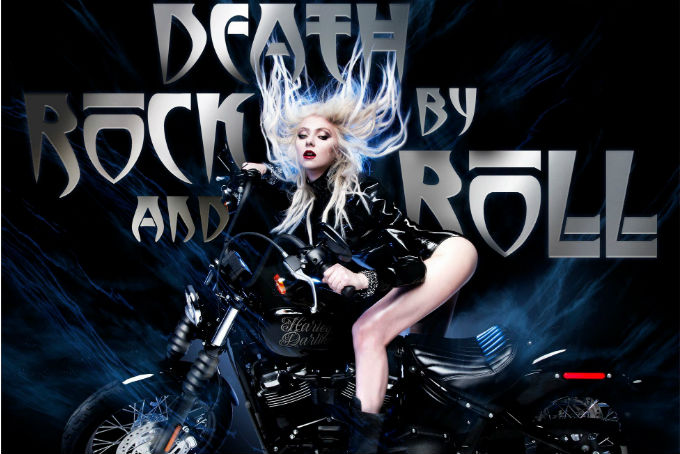 In 2020, rock and roll is female and Taylor Momsen is leading the charge with The Pretty Reckless. Momsen was formerly known for her role on Gossip Girl. However, she kicks off the new single with, “Jenny died of suicide,” so she has long moved on and her band continues to slay.

“Death by Rock and Roll” is The Pretty Reckless’s first single in four years. If this is what the band is bringing, we cannot wait for more.

The single pays homage to Kato Khandwala, the producer of the band’s first four records. In 2018, Khandwala tragically passed in a motorcycle incident. Instead of the sad song, though, the New York City quartet honors him with a track about musical heroes going out with a bang. The band also s[rinkles in references of the famous 27 club. Although leaving too soon, “Death by Rock and Roll” shows the impact these rockstars left behind.

Musically, the song is an instant Pretty Reckless classic. With a funky guitar solo, powerful drums and Momsen’s raspy voice, it’s a recipe for success. Additionally, the track was produced by Matt Cameron of Pearl Jam and Soundgarden. The inspiration from these two bands is clear throughout the track, which adds another element of paying homage to the former greats. This single will have both old and new fans blasting the song with windows rolled down.

For those looking for more of a classic rock sound in the modern age, look no further. The Pretty Reckless, now signed to Fearless Records, have been honing their craft. “Death by Rock and Roll” is reminiscent of artists like Soundgarden mixed with the female-fronted power and grit of Halestorm. Four years may seem like a long time between albums, but we can’t rush perfection. Throw your rock horns up and get ready for 2020 to be the year of The Pretty Reckless.