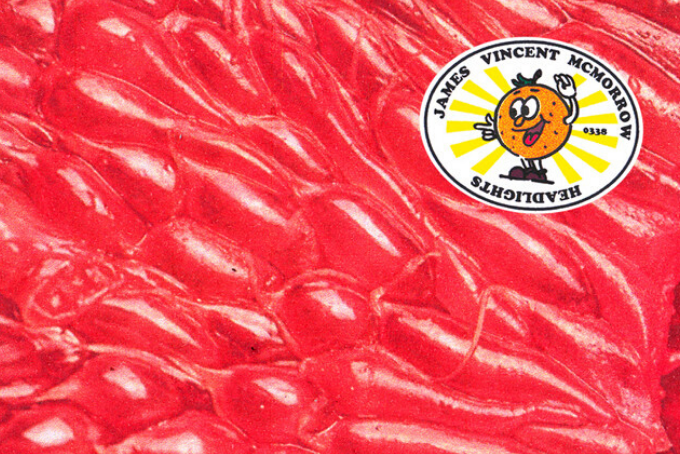 Three years after the release of his fifth studio album, True Care, James Vincent McMorrow sings “hello” to our soundwaves again. “Last 2 years have flown by,” he wrote on Instagram earlier this week, “I’ve been working constantly, building work that moves like life does, chaotic and poetic and hopeful and tragic and graceful and all the multitudes in between.” On Friday, he released the single “Headlights,” a sonic, dreamy song about decisions and fate, while JVM stands by for support.

sat in my back garden last night and I thought about what it meant to finally have new music in the world again. Last 2 years have flown by. I’ve been working constantly, building work that moves like life does, chaotic and poetic and hopeful and tragic and graceful and all the multitudes in between. Seeing people respond to Headlights, I know I’ve built this the right way. There will never be enough thanks I can offer you for continuing to move with me through all of this. If anyone has any questions for me, put them in the comments below and I’ll try answer them later on Instagram live around 7.30pm Irish time, then I’ll do a simple version of Headlights on piano. X

The Dublin native has been gracing us with folk and alternative grooves for close to 10 years, since his debut on Early in the Morning. His whisper with enchanted lyricism is what allows him to stand above the pack. He’s collaborated with many artists, including Kygo, Lila, and lo-fi star San Holo. A few key tracks to listen to are: “We Don’t Eat,” “Hear The Noise That Moves So Soft and Slow,” “Evil,” “National” and more!

“I adore you,” he begins, “Everyone else can start to leave // Fall apart like they’re on the brink.” OK, if you say so, McMorrow! The beat is a quiet static, that clings to our bones as we listen. Two-thirds of the way into the tune, the symbols speed up and we’re caught up in the rhythm. In the last 20 seconds, his stylistic ability to experiment with tone illuminates here against the melody.

As we listen to the chorus, we hear McMorrow’s affirmation for support: “Keep an open mind // As the headlights start to fade // And I’m gonna be here for you, waiting.”

“I have more responsibilities, people and expectations around me than ever, and the world is constantly telling me to change and grow as a person,” he told Hotpress.com. “But I don’t feel any more responsible or capable than I did when I was 18 years old. This record is about embracing the idea that it’s okay to not have things figured out.” We’re here for it! Check out the track below!