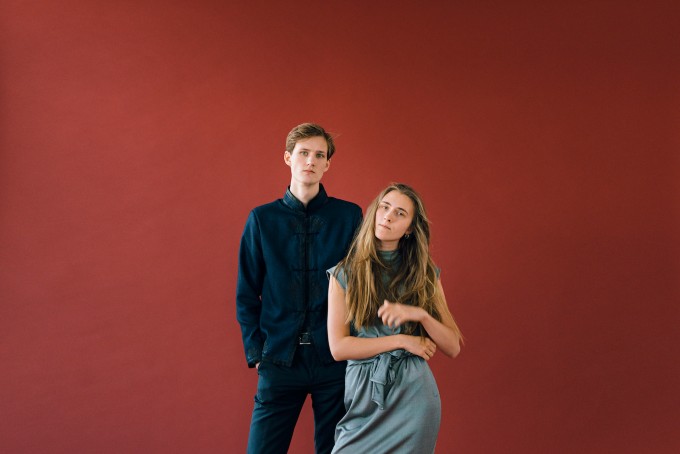 If you’re looking for smooth music that sends chill vibes throughout the room, Konradsen is for you. The up and coming Norwegian duo — consisting of high school friends Jenny Marie Sabel and Eirik Vildgren — released their debut album Saints and Sebastian Stories in October 2019. We had the opportunity to chat with them and take a deeper dive into their music by chatting with vocalist and pianist Sabel.

“Friendship is the foundation of the project,” Sabel said. They like to find their inspiration by capturing the everyday, mundane life that they experience together. You can really see that truth tied into the album, and how they’d like their sound to evolve over the course of the next few years. The combination of old VHS tapes, high-end sound and friends singing on the record helped develop that idea. It’s a way to display the “warmth, the closeness, [and] something human,” in their tracks.

Speaking on the creative process for Saints and Sebastian Stories, the pair took it song by song. Initially setting out for it to be an EP, they switched and plunged into full-length album mode. Sabel explained, “As it was our debut album we wanted to capture something very honest and personal. The sound of the album is something we found quite early on, and we knew that it was that sound we were aiming for. Not too polished and rich at the same time.”

“Saints and Sebastian Stories” is out today. BIG THANKS to all the people tagged in this post ❤️

Konradsen released their EP, Rodeo No. 5, this month with songs created pre- and post-Saints and Sebastian Stories. The reason some of the material they already wrote didn’t make it on the album was because they wanted one coherent piece. It didn’t fit well, so they saved it for later. Adding on to it with more material post-album, they created “the EP to sound like the album’s tail.”

Being in Norway during the COVID-19 peak in mid-March, they were hit pretty badly but had effective policies put in place. Now things are going well for them. “I guess the best tip is just to always accept what situation you are in and take it from there. Spend time with family and people you care about.” Both have gone home to do just that. Multi-instrumentalist Vildgren started working for an elderly home as a way to make money and help others during this time.

It’s exciting to see where Konradsen will go next, and what kind of success their recent releases will bring. They have a sound that is honest, moving and great to relax to or have in the background while doing mindless work. When asked if there is anything they’d like to share for those who do not know them, they responded with our new favorite quote: “It’s nice to be cool, but it’s better to be warm.”