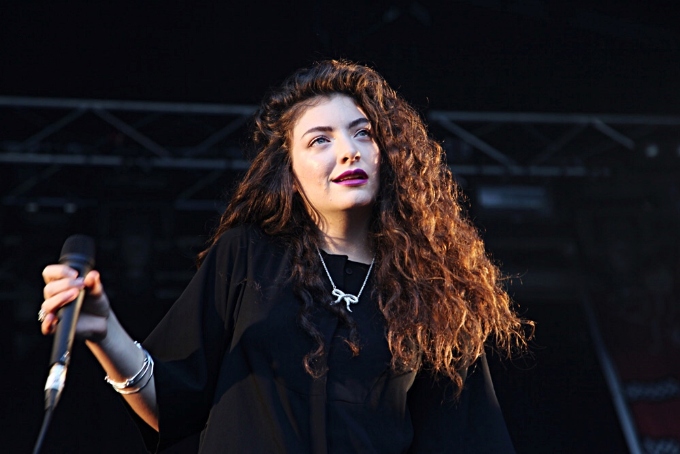 In recent months, it’s really begun to feel like the whole world is falling apart. But yesterday, May 19, we were reminded that not everything is bad when Lorde resurfaced to share a message with fans about her upcoming music.

Yep! The “Green Light” singer’s been kind of MIA recently, but in a new email she shared with fans, she explained that she’s been actively working on her next album with producer Jack Antonoff, and according to her, it’s “so fucking good.”

The pop star began her note by explaining why she needed to take time after Melodrama to release another album. “I think after Melodrama came out I said I wouldn’t put out another record until my hair was long — both because hair takes time to grow, and I knew I needed time, and because I knew the next record would require the longest and wildest hair yet,” she wrote.

ELLA SENT A NEW EMAIL SWIPE TO READ IT!! "i started going back to the studio again in december… jack came over to work in the studio in auckland, and I went to LA… We’re still working away — jack and i facetimed for over an hour this morning going over everything. but it’ll take a while longer"

And after wishing her fans well amid the ongoing coronavirus pandemic, she explained that the album was also delayed due to the loss of her dog Pearl. “The first three months of this year started as a blur, and began to sharpen,” she wrote. “It was summer, a time of year which is usually so clarifying and special to me, but I was grieving hard for Pearl, carrying it everywhere with me.”

But much to her surprise, when she went back into the studio, it just felt right. “I started going back to the studio again in December, just for something to do,” she wrote. “And to my surprise, good things came out. Happy, playful things. I felt my melodic muscles flexing and strengthening. Jack came over to work in the studio in Auckland, and I went to LA. It flowed. A thing started to take shape. And then, of course, the world shut down.”

Lorde is still working with Antonoff remotely on getting her next album ready, but it will still take some time. Meanwhile, though, she wants her fans to know that she’s been seeing fans’ “extremely sweet, EXTREMELY flattering” messages online, and she also hears the cries for new music.

“You need it!” she wrote. “The thing can’t come soon enough! I understand — I want nothing more than to feed you treats, pop perfect morsels straight into your little mouths. But as I get older I realise there’s something to be said for the pleasant feeling of waiting for something of quality to become available to you. You could have something of lesser quality much faster, but as the high quality thing comes into fruition, a warm feeling grows inside you.”

More important than putting out music fast is putting out good music. “Waiting, the thing that felt so pointless and annoying when I was young, is now this kind of delicious activity,” she continued. “In my opinion, the greatest treat I can give you is work that will last ten, twenty, thirty years. And that kind of work takes time.”

While it’s unclear what exactly we can expect from this new Lorde era, the singer did make a few promises about the upcoming album. “I can tell you, this new thing, it’s got its own colours now,” she wrote. “If you know anything about my work, you’ll know what that means.”

she also sent these beautiful photos 🌷🌿🥖🌾🦋🌅

And although fans are desperate for new music, Lorde wants everyone to know that this was truly the break she needed after her last album cycle. “I was finding the combination of brutal stage fright and having no fixed home and no connection with what I ate or where I lived extremely grim,” she added. “I needed to make some food, grow some stuff, go to the beach a bunch, finally acknowledge (and kick) my social media addiction. I wasn’t sure if I’d tour again for a long time. And I still don’t know what touring is gonna look like for me.”

Tour or not, Lorde said she’s “excited” to “get back out there, and honestly, we’re stoked about it, too. “I want to be playing festivals again — hearing my intro music, watching the band walk onstage,” she wrote. “I want to devastate. I want to see a huge line of you outside my hotel. I want to hug you all, and hold your hands. I want to do interviews, talk about the record over and over until I know it inside out. I want to do photoshoots, make videos. I want to eat summer foods in beautiful countries — ice cream and tomatoes and anchovies. I want to use my gift, and watch it grow. Who knows when it’ll be safe to do those things, but I’m craving them, and I wanted you to know.”

The pop icon closed out her note by saying how excited she is to hug her fans again once it’s safe to do so. And just in case you had any concerns at all about the sound of her new music, she laid all anxieties to rest. “The work is so fucking good, my friend,” she wrote. “I am truly jazzed for you to hear it.”

Yeah, we’re pretty jazzed to hear it, too. Whenever that may be.