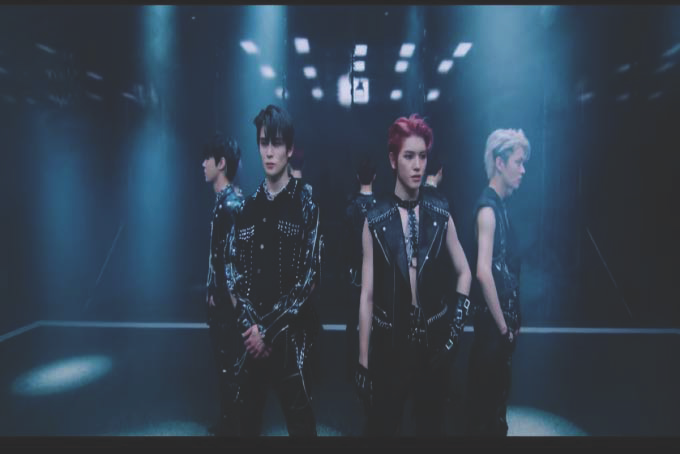 NCT 127 are kicking off this comeback with a bang. The group just dropped the repackaged album Neo Zone: The Final Round. The album includes songs from the group’s previous release, Neo Zone: The 2nd Album, including “Kick It,” with three new songs. At midnight on May 20, the group released a music video to accompany the lead single “Punch.”

The group gave fans an early taste of the new single during their live-streamed Beyond The Origin concert, broadcasted through the popular streaming service VLive.

The song is all about continuing to get up and fight for what you want — even if you are fighting alone — and it doesn’t waste any time in building the energy. The track has heavy hip-hop and EDM influence, with a heavy beat that lifts the energy instead of weighing it down. The verses are delivered in a rap/chant style, like a rousing battle cry.

The chorus is started by members Taeyong and Jaehyun, who whisper the opening lines, their voices cutting through clearly and adding more intensity. When Johnny enters the chorus, the song takes a moment to breathe. A piano now joins the fray for a moment as the vocals of the members switch to a singing delivery. The change in tone of the track was unexpected but effectively adds more depth to the song. It shows off the diversity that NCT 127 has shown again and again in their music.

The accompanying music video for “Punch” is a sleek and high-energy delivery. The members, switching between all-black and biker attires, deliver heavy-hitting choreography. What is especially great to see in the dance is that multiple members get their chance to shine at the lead of the group instead of designating just one. Along with the track, it further highlights NCT 127’s group dynamic in that they are truly a powerful team.

Make sure to check out the video for “Punch” below!