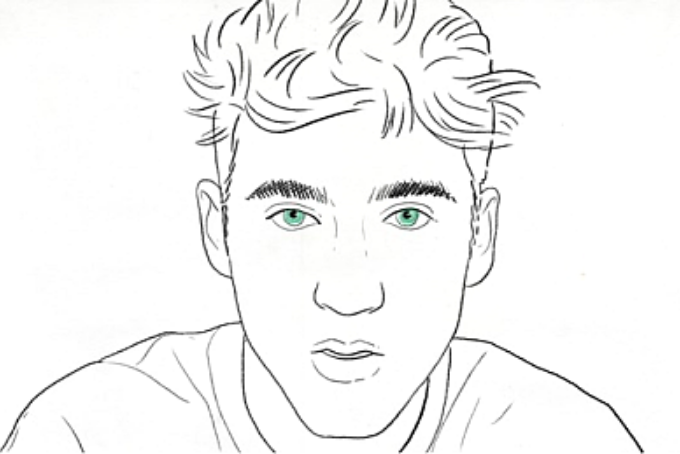 Chicago native Alexander 23 writes, produces and records his own music in a self-built Los Angeles studio, so chances are that COVID-19 hasn’t affected his creative process as harshly as others. The rising star randomly uploaded a demo for a profound track, titled “IDK You Yet,” in April, which he recorded during self-isolation. The rest, as they say, is Tik Tok history.

After being utilized for countless videos on Tik Tok, the “IDK You Yet” demo became an immediate hit on social media, and the song garnered even more success once the official version was released. After all, there’s no better way to attract listeners in 2020 than to go viral on the popular short-form video app. With well over 24 million streams to date, it was only a matter of time before a quarantine-appropriate music video for the track was unveiled.

Helmed by director and animator Chris Ullens, the illustrations featured in “IDK You Yet” are simple, but undeniably charming. The 2D animation lends itself to a nostalgic sentiment that complements the yearning lyrics. Alexander detailed the intentions behind the video, stating, “The blending of real and surreal visuals adds clear perspective, but also leaves certain things up to the viewers’ interpretation.” Many musicians have turned to animation for their music videos during the global pandemic and “IDK You Yet” joins the lineup with pleasing artwork you just can’t turn away from.

It’s been well over a year since Alexander 23 made his debut with “Dirty AF1s,” and he has displayed an impressive range within his releases since then. His critically acclaimed debut EP, I’m Sorry I Love You, boasted nine catchy tracks that advertised his versatility. As Alexander continues to work on more music throughout 2020, it’s safe to say that we can expect more captivating hits from the multitalented artist.