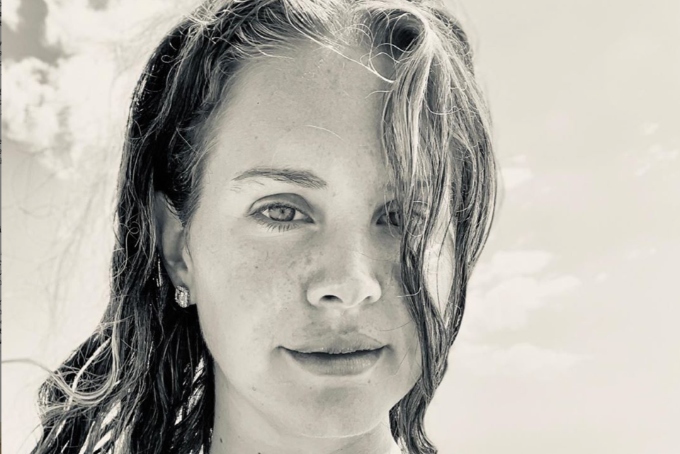 Lana Del Rey found herself in hot water today, May 21, after posting a lengthy message on Instagram that specifically called out some of her fellow female musicians. Soon after posting, the singer-songwriter was met with a ton of criticism online, primarily due to the fact that she named mostly female artists of color.

“Now that Doja Cat, Ariana, Camila, Cardi B, Kehlani and Nicki Minaj and Beyoncé have had number ones with songs about being sexy, wearing no clothes, fucking, cheating etc – can I please go back to singing about being embodied, feeling beautiful by being in love even if the relationship is not perfect, or dancing for money – or whatever I want – without being crucified or saying that I’m glamorizing abuse??????” she wrote.

Lana went on to explain that she’s been criticized time and time again for writing songs about abusive relationships, despite millions of women around the world being in abusive relationships themselves. “With all of the topics women are finally allowed to explore I just want to say over the last ten years I think it’s pathetic that my minor lyrical exploration detailing my sometimes submissive or passive roles in my relationships has often made people say I’ve set women back hundreds of years,” she added.

Her statement continued by explaining that her music is meant to represent the women whose stories fall to the wayside because they’re not the loudest or most aggressive people in the room. “There has to be a place in feminism for women who look and act like me,” she wrote. “The kind of woman who says no but men hear yes – the kind of women who are slated mercilessly for being their authentic, delicate selves, the kind of women who get their own stories and voices taken away from them by stronger women or by men who hate women.”

Ultimately, though, the internet has come to the somewhat unanimous conclusion that she could’ve still made her point without bringing other female artists into the discussion at all — and it’s true. “I’m all for your music, I really am, but they get backlash for what they write as well,” one person responded, explaining that Lana is certainly not the one woman in music who faces criticism. “No need to put down other successful women just because you have an issue.”

Several others were quick to point out that her argument is simply unfair because many of the women she named have experienced oppression not just for being women, but for being women of color. “Those women literally get criticized CONSTANTLY for their own lyrics and their own portrayal of themselves,” another person wrote. “You Lana are not special here.” “Mmm tastes like white privilege,” someone else added. Others called her downright racist.

Lana was quick to respond to the accusations of racism that soon inundated the comment section of the post. “This is sad to make it about a WOC issue when I’m talking about my favorite singers,” she added. “I could’ve literally said anyone but I picked my favorite fucking people. And this is the problem with society today, not everything is about whatever you want it to be.”

She went on to explain that the backlash she received from this post is precisely what she was referring to when she initially wrote it. “It’s exactly the point of my post – there are certain women that culture doesn’t want to have a voice it may not have to do with race I don’t know what it has to do with,” she said. “I don’t care anymore but don’t ever ever ever ever bro- call me racist because that is bullshit.”

On the opposite end of the spectrum, there were plenty of fans who came to her defense, telling people who were calling her racist that they missed the point of the post entirely. “So many people are misinterpreting what she said,” one person wrote. “She’s just comparing other artists and their experiences to hers and how they speak about certain topics but get completely different reactions than she does!”

Another fan pointed out that Lana wouldn’t have named artists she isn’t a fan of, and that she’s actually pretty close with Ariana Grande. “Lana isn’t racist,” they wrote. “She didn’t single anyone out because they’re black, she used them as examples of women who happen to be topping the charts right now. And that isn’t to drag them. She and Ari are friends for fucks sake.”

Whether you personally believe that Lana’s post was racially insensitive or not, the point stands that she certainly could’ve made her argument without name-dropping other artists — especially ones who mostly happen to be women of color with the exception of Grande. And perhaps what’s most frustrating about the whole ordeal is that the post didn’t serve much of a purpose at all. “Anyways none of this has anything to do about much,” Lana wrote before closing out her initial statement. “I’ll be detailing some of my feelings in my next two books of poetry … And I’m sure there will be tinges of what I’ve been pondering in my new album that comes out September 5th.”