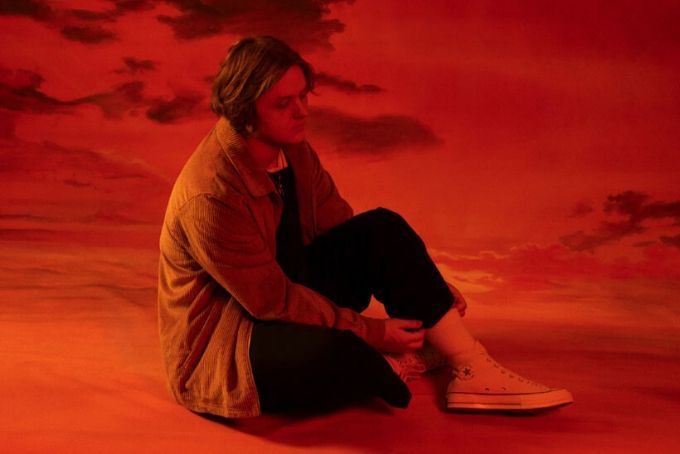 Lewis Capaldi has become well-known for his rich vocals and emotional songs, and it was incredibly sad for his North American fans when he had to postpone the North American leg of his tour. The To Tell The Truth I Can’t Believe We Got This Far EP does come out on a happy note, though, as it is the one-year anniversary of his Divinely Uninspired To A Hellish Extent album, which was a chart-topper around the world.

To Tell The Truth I Can’t Believe We Got This Far includes scaled-back versions of five of his most popular songs, now given an acoustic twist, including his rendition of the song “Shallow” from the hit movie A Star Is Born. These six tracks really showcase Capaldi’s talent, and the EP gets more raw and emotional with every second.

I released my first single ‘Bruises’ 3 years ago today and what a wild few years it’s been. Thanks for making all my dreams come true ❤️ and by dreams I of course mean meeting David Hasslehoff and buying a banjo (pictured here). Hope you’re all staying safe 🙏🏻x

Something interesting about TTTTICBWGTF is that it was first released on YouTube exclusively. Thankfully, it’s now also available to download on Apple Music and Spotify. The five songs included on the track list are “Before You Go — Live From the Capitol Rooftop,” which just recently hit the Top 40 in the United States, “Forever — Live From Edinburgh,” “Someone You Love — Live From The BRIT Awards, London 2020,” “Hollywood,” and “Headspace.” Together, these songs are the perfect representation of the album and of Capaldi’s musical prowess.

Below, fans can check out the live version of “Before You Go,” filmed on the Capitol Rooftop:

Check out the To Tell The Truth I Can’t Believe We Got This Far EP on Spotify.