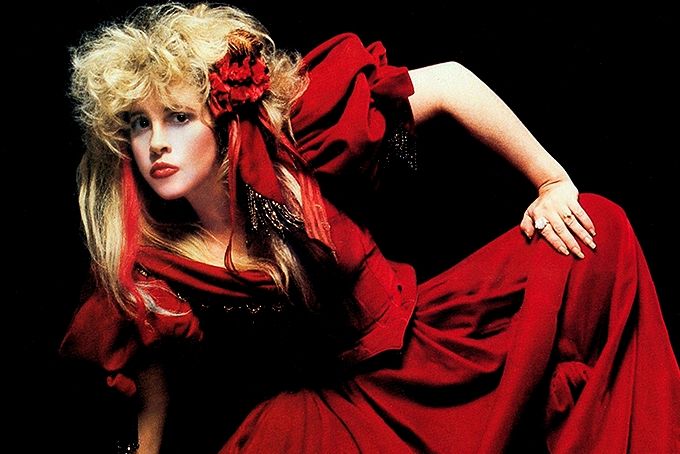 “Legend” is a term thrown around munificently in music. But a woman who indubitably embodies that term is mystic, soft-rock queen Stevie Nicks, who turns 72 today. From selling over 150 million records between Fleetwood Mac and her solo releases to selling out world tours, she has had an illustrious career.

Here are 12 facts you may not have known about the Fleetwood Mac vocalist, in descending order:

12. Nicks’ first vocal instructor was her grandfather, Aaron Nicks. The country artist taught his granddaughter to sing when she was just four years old.

11. Nicks is an ordained minister in the Universal Life Church, and has been the officiant at multiple weddings. Other noteworthy ministers in said church include comedian Stephen Colbert, businessman Richard Branson and former zookeeper Joe Exotic. Yes — that Joe Exotic.

10. Nicks has produced 14 albums that landed on the US Top 40 chart — seven of which were with Fleetwood Mac and seven solo releases.

9. Nicks dated Lindsay Buckingham after meeting in a Christian youth group while in high school. The couple dated on and off through the late 1960s until the mid-1970s, performing together in a psych-rock band, Fritz. The pair cut off the relations shortly after they both joined Fleetwood Mac. Thereafter, she became the extramarital love interest of bandmate Mick Fleetwood. Said relationships were indirectly expanded upon in the group’s award-winning record Rumours.

8. Before finding major success with Fleetwood Mac, Nicks and Buckingham played on some big stages with the aforementioned psych-rock outfit, Fritz. The band opened for music megastars,including Janis Joplin and Jimi Hendrix. They were together from 1966 — 1971.

7. Nicks has continually written letters to active duty troops ever since operation Desert Storm in 1991. She has also personally provided iPods loaded with music to service members, as well as supporting widowed military wives on the ground back home, through her Stevie Nicks’ Band of Soldiers foundation.

6. Nicks dropped out of San Jose State University one semester before she was slated to graduate. She had planned to pursue a career as an English teacher; instead, opting to pursue a music career with then partner Buckingham.

5. Nicks’ early music didn’t receive much play at all. She and Buckingham signed with Polydor Records in 1972 and released an album, Buckingham Nicks, in 1973. It would be their only release under Polydor.

4. Nicks’ friendship with fellow rocker, the late Tom Petty, was well documented. They wrote, recorded songs and toured together throughout their careers. Since Petty’s sudden passing in 2017, Nicks has always performed with a hat that belonged to Petty, prominently hung on a mic stand on stage during Fleetwood Mac live shows.

3. Nicks has been the recipient of 13 Grammy nominations over her career — eight solo and five with Fleetwood Mac, including a win for Album Of The Year for Fleetwood Mac’s pinnacle record, Rumours, in 1978. She is the only woman inducted into the Rock & Roll Hall Of Fame in two capacities — as a member of Fleetwood Mac in 1998 and as a solo artist in 2019.

2. Years after her short-lived, bereavement-based marriage with friend Kim Anderson, Nicks reacquainted with her stepson from the three-month marriage, Matthew Anderson, when he was a teenager. She has maintained contact over the years with Matthew, even financially supporting his college education.

1. Despite rumors of being a practicing witch, Nicks has denied the accusations. In 2014, Nicks made an appearance in the hit FX slasher series, American Horror Story. In the episode, aptly named “The Magical Delights of Stevie Nicks,” Nicks plays herself, a witch, mocking those who have accused her of real-life witchcraft. Nicks has appeared in two other episodes of the show.