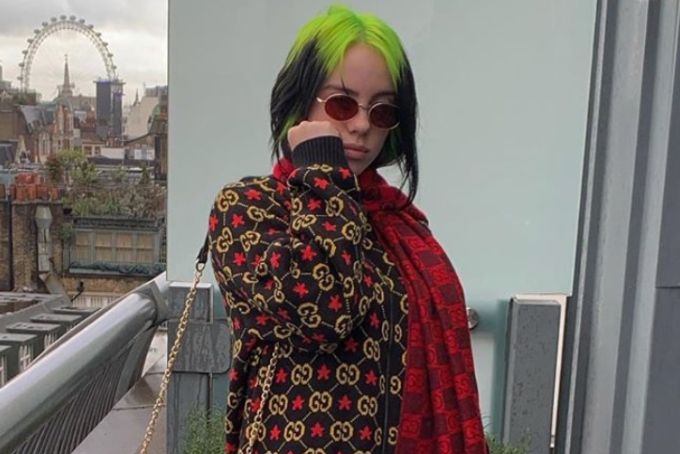 Billie Eilish has long been criticized for her wardrobe, which mostly consists of oversized sweats and tees. But yesterday, May 26, the “Everything I Wanted” singer made an important statement by sharing a short film she created titled “Not My Responsibility,” and it came with a crucial message for body shamers everywhere.

The short video, which clocks in at roughly three-and-a-half minutes long, is just as dark and broody as Eilish’s music videos, but with a more important lesson. As she unzips her hoodie to reveal a plain tank top underneath, she says in her signature whisper tone, “You have opinions about my opinions, about my music, about clothes, about my body. Some people hate what I wear, some people praise it. Some people use it to shame others, some people use it to shame me. But I feel you watching. Always.”

As one of the most popular pop stars out there today, Eilish can’t seem to escape the criticism. And dressing in oversized clothing was at first an attempt to get people to stop talking about her body. But alas, it backfired. “If I wear what is comfortable, I am not a woman,” she said in the video. “If I shed the layers, I’m a slut.”

Either way, the “Bad Guy” singer can’t win, and despite her efforts, she’s since learned that people are always going to shame her for her body, her clothes, and her entire persona. “Though you’ve never seen my body, you still judge it and judge me for it,” she said. “Why? We make assumptions about people based on their size. We decide who they are, we decide what they’re worth.”

Ultimately, though, Eilish wants people to know that their opinions about her don’t control who she is on the inside. “If I wear more, if I wear less, who decides what that makes me? What that means?” she asks before deciding that outside perception is meaningless. “Is my value based only on your perception? Or is your opinion of me not my responsibility?”