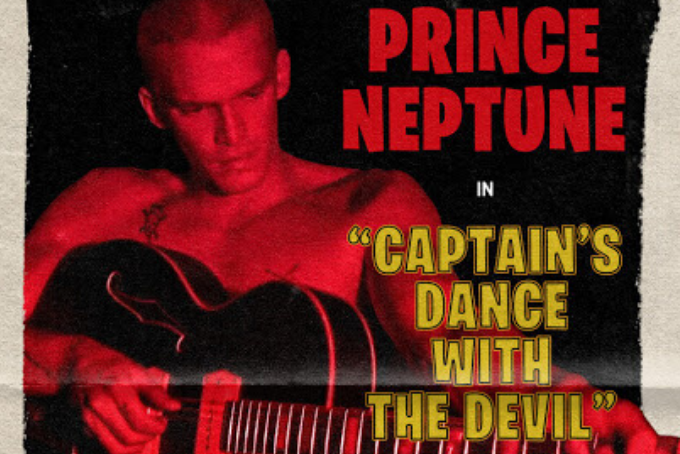 Cody Simpson has joined collaborative forces with girlfriend Miley Cyrus to create a new music video for his single, “Captain’s Dance With The Devil.” The pair have been quarantined together in Los Angeles and chose to dedicate this period to exploring different directions of art (from music to staging, to wardrobe, and everything in between). Due to current shelter-in-place orders, the couple got creative and filmed the entire project from the comfort of their own home.

There are plenty of striking aspects to Simpson’s new video, from the metaphorical lyrics, down to the colorful aesthetic and playful costumes. Lyrically, Simpson narrates the thoughts of a young sailor longing for freedom, ultimately wishing to rebel against social convention and society. Simpson shared that the vague lyrics of the song are open for interpretation, and many lines were inspired by his recent poetry book debut, Prince Neptune. According to a recent Instagram story, Simpson shared that he thought of the song as an oceanic metaphor for someone battling drug addiction, referring to heroin as “the devil.”

Although Simpson had an initial idea of how the song would be interpreted, Cyrus perceived it in a whole new way. Simpson recently explained the premise of the video with Rolling Stone: “The song can be interpreted in myriad ways… Miley interpreted the song, which is reflected in the newly released visual, as the Captain’s struggle with societal norms regarding masculinity, and his secret affinity for dressing as a woman at a time when this was not as widely accepted as it now has become. Being able to tell that story throughout this music visual was ideal, and I hope it inspires encouragement toward creative freedom in people in the realms of art, music, wardrobe and life.”

With Cyrus’ creative direction, the music video takes fans on a colorful, emotional journey with Simpson as he navigates his identity and copes through self-acceptance. Simpson is portrayed in a wide variety of styles, from a masculine sailor’s suit, to a vulnerable stripped-down look, to dressing to the nines in drag. What viewers may not realize is that Cyrus actually dressed Simpson up in her own couture-heavy wardrobe.

The singer-songwriter shared his collaborative experience with Cyrus to Vanity Fair , sharing, “She came up with a cool thing: ‘We’ve all heard of the boyfriend jean, well what about the girlfriend blouse?’ I loved—it’s a funny quote. It’s a really cool experience to be able to play dress-up and just work with what we had in the house.”

“The Captain’s Dance With The Devil” promotes a great metaphorical lesson that conforming to societal norms is not mandatory, but more so a choice. We are proud to see Simpson pushing boundaries within his music alongside the creative influence of Cyrus. The pair has reminded us that we, too, have the power to create new projects with what we already have around us. With Simpson showing us his innovative side, we can’t wait to see the gross results of his productive quarantine.