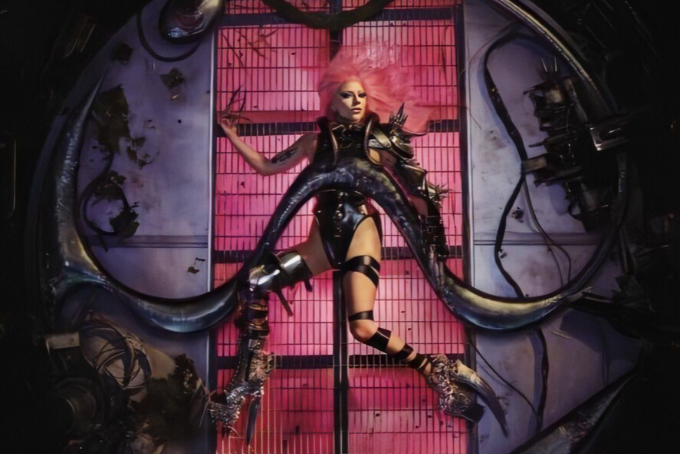 No one was poised to dominate 2020’s pop music landscape quite like Lady Gaga, who ended February with the release of “Stupid Love,” the infectious lead single from her sixth studio album, Chromatica. With a secret Coachella performance, a six-city stadium tour and a string of Enigma residency dates in her arsenal, Chromatica’s rollout was bound to be a fascinating one. Naturally, all of this came to a screeching halt due to the global COVID-19 pandemic, forcing the superstar’s team to revamp their marketing strategy while also coping with a more subtle issue plaguing their camp — a series of inexplicable leaks surfacing all over the internet.

Leaks have been common in the music industry for more than two decades and this certainly isn’t Gaga’s first rodeo. In 2013, the musician declared a “pop music emergency” when ARTPOP’s lead single, “Applause,” began to pop up online well ahead of its official release date. “Judas,” “Bad Romance” and the entire Joanne album also notably appeared on the Internet when her fan base, affectionately known as Little Monsters — and Gaga herself — least expected them to. However, Chromatica’s security struggles transcend your average audio leaks.

In #Chromatica no one thing is greater than another ⚔️💓 4 days

While “Stupid Love” circulated on social media in January — well over a month before its February 28 release date — footage from the official music video also emerged unexpectedly. On top of that, the leaked recording was questionably chosen to close out a New York Fashion Week show. Longtime Lady Gaga fan Eric (@prince_yuyi on Twitter) quickly realized how unique the situation was at the time. “It was fascinating to see how the ‘Stupid Love’ leak spread like wildfire beyond the fan base,” he told Soundigest. “It reached a new high by being played during the finale of a New York Fashion Week show this past season, which went viral. This is an amazing testament that Gaga’s work will forever impact pop culture.”

On April 22, eagle-eyed shoppers noticed that Target’s website had accidentally unveiled the entire Chromatica track list, including collaborations with Elton John, Ariana Grande and BLACKPINK. Afterward, low-quality snippets of songs like “Free Woman,” “Sine From Above” and “Babylon” surfaced on Twitter, causing fans to question the competence of Germanotta’s management team while also wondering where the exclusive content was coming from. Gaga’s manager, Bobby Campbell, briefly addressed the security concerns in an interview with the Wall Street Journal. “For me, it’s also a broader issue with information and files and a sort of a lack of real prosecution and punishment if people do get involved in that,” he said, albeit declining to reveal if they would press charges for the alleged hacking.

It’s easy to point fingers at the proverbial hackers since top-tier acts have denounced them time and time again for stealing their work. Madonna’s 2015 album, Rebel Heart, leaked before the project received so much as an official due date and she was forced to rush-release six tracks, completely shattering her original promotion rollout. She retaliated by pursuing legal action against the hacker, stating that she had been “violated as a human and an artist.” Gaga fans like Christina Carr sympathize with musicians whose work is uploaded prematurely without their consent. “I want to hear Chromatica just as much as everyone else,” she explained. “However, I feel that leaking the album is extremely disrespectful. We need to support the artists we love, and I feel that sharing their leaked music is the furthest thing from support.”

Other common sources of unauthorized uploads include press leaks and recording studio personnel with access to session files. Nevertheless, unfinished tracks and demos aren’t always shared illegally; labels are known to intentionally “leak” certain songs for publicity if they’re likely to cause a media frenzy among sizable fan bases. Alexis Tang, a Little Monster since day one, understands the positive side effects of calculated leaks. “If you’re a Gaga stan like me, you sometimes end up waiting for years before new music drops,” he explained. “So, when new music starts leaking, it’s almost like Christmas; like rain after a really long drought. I love it and I enjoy it because I’m still going to support my girl, buy her singles, buy multiple copies of the album, etc.”

The journey continues. You can officially join me on #Chromatica on May 29. ⚔️💓

Other Gaga fans, like Nicole Francoeur, have mixed feelings about the impact of premature leaks and are willing to ponder both sides of the dilemma. “I believe leaks have both positive and negative effects on the anticipation for the album or era as a whole,” Nicole said. “The positive, in my opinion, is that it relieves the ‘waiting’ process. When ‘Stupid Love’ leaked it was the biggest relief to learn that something was coming. It was also exciting to hear the direction she was taking with this new album. The negative effect is that it ruins the surprise factor.”

Unless they’re Beyoncé, it’s borderline impossible for pop stars to prevent demos and unfinished tracks from hitting social media early — especially now, at a time when technology is such a prominent part of the creative process. In order for a popular act to steer clear of sticky-fingered studio personnel, they would have to hunker down and record in private settings. Every audio engineer, vocalist, instrumentalist, songwriter and producer involved would have to be a trustworthy connection. The recordings would have to remain under lock and key in one location and no early access would be granted to the press for reviews. Even then, with all of those precautions in place, there’s still the slender probability that a skilled hacker could acquire the content.

One of the biggest concerns regarding leaks is whether overall record sales will be impacted. But now that streaming is factored into the mix, it’s easier than ever for musicians to achieve chart success with the aid of viral videos, remixes and social media, regardless of how many illegal links crop up around the web. As Tang noted, “We can debate and exchange ideas, but today’s chart success is influenced by various criteria, so I think it’s hard to pinpoint a certain factor for success or failure.” It’s also worth noting that top-tier artists like Lady Gaga boast a passionate fan base that will faithfully purchase legal copies of her music regardless of whether leaks surface online. Eric reaffirmed this sentiment, saying, “Gaga’s talent keeps fans and the general public waiting to see what direction she is going to take next. Overall, I don’t think leaks affect Gaga’s sales negatively because she has proven herself as a talented artist over the past decade.”

While most popular musicians — Gaga included — have no need to fear a significant dip in sales as a result of leaks, the sheer disrespect of having your hard work released prematurely can be a hard pill to swallow. And despite the highs, the lows, and the leaks in between, her fans remain hopeful that Chromatica’s release goes down exactly how the pop icon imagined it. “I hope Chromatica doesn’t keep leaking,” Tang said. “And I hope Gaga gets to release the album in a way that honors her vision.”