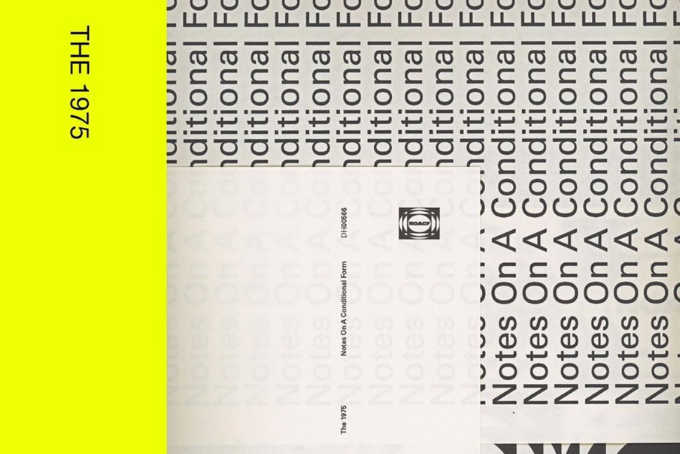 The 1975’s latest record Notes On A Conditional Form underwent many changes before its release, and after many release date setbacks, it is finally here. The band’s newest album was originally set to be released in May of 2019, but was pushed back several times due to the band wanting to tweak things to make it the best it could be before they gave it to the world. This is the band’s longest record yet with a total of 22 tracks and clocking in at an hour and 21 minutes. Notes on A Conditional Form is the follow-up project to their last album, A Brief Inquiry Into Online Relationships.

As you hit play on the record, within the first few tracks it’s clear the album goes in many different directions. The record kicks off with the band’s self-titled track, which appears on each of their albums, but instead of the familiar lyrics “Go down, soft sound” we hear climate activist Greta Thunberg say, “It is time to rebel,” and fight against climate change. With that, the album moves to one of the band’s more hardcore songs, “People,” in which lead singer Matty Healy also urges people to “wake up” and pay attention to societal issues. The album then takes a turn from the headbanger to a soft instrumental “The End (Music For Cars).

The 1975 took many risks on this album, diving into many different genres and sounds. We’d say their risks definitely paid off — even with tracks that tend to play it a little safe, like “If Your Too Shy (Let Me Know)” and “Then Because She Goes,” both of which feature that classic The 1975 sound we all love so much. One of the major backbones of this record is the band’s drummer George Daniel, who produced the record. George mainly shows off his talent on the handful of instrumental tracks on the album, like the mellow “The End (Music For Cars)” and more upbeat house-influenced “Shiny Collarbone”.

The album also features many other notable songs, including a track with a more folky sound titled “Roadkill,” in which Healy tells of the band’s experience touring across America. A couple of tracks down, we hear “Nothing Revealed / Everything Denied” a self-reflecting track, which Matty described as “quite a lo-fi hip-hop track.” Following “Nothing Revealed / Everything Denied,” we’re graced with “Tonight (I Wish I Was Your Boy),” which is a very groovy pop-esque track about longing to be with someone.

It’s without a doubt that this album bounces all over the place when it comes to genre, but the many different sounds work together to create another very well-produced project from the quartet. The album closes out with one of the most important love songs that The 1975 have ever created, “Guys—” an ode to the band members’ strong bond over the several years they’ve been together. Healy sweetly sings, “You guys are the best thing that ever happened to me.”

Check out Notes on A Conditional Form in its entirety — available on all streaming platforms now — and leave a comment to let us know your thoughts on this long-awaited project.