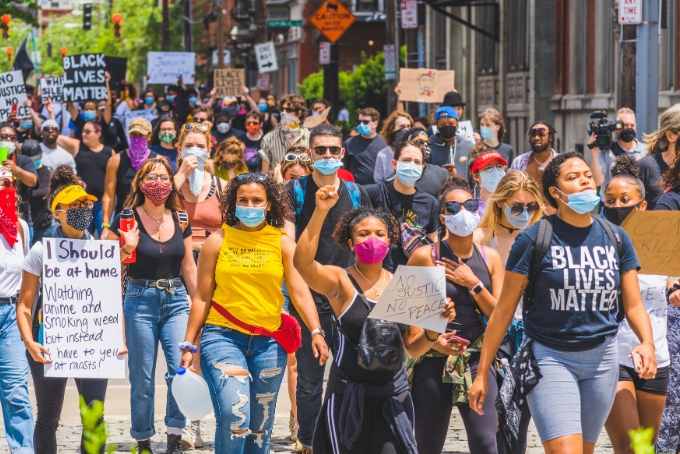 1. How to be Anti-Racist by Ibram X. Kendi

Author Ibram X. Kendi breaks down the key differentiators between being actively racist, “not racist” and anti-racist, while at the same time pointing to all of the ways we can effectively be anti-racist in our day-to-day. (Side note: I recently just started reading this one, and I can’t stress enough how amazing it is!)

After the death of James Byrd Jr. in 1998, which many called a lynching, author Ashraf H.A. Rushdy sought to share America’s history of lynching, as well as how it has “endured, evolved and changed in meaning over the course of three centuries.”

3. Stamped From the Beginning by Ibram X. Kendi

Also penned by Kendi, Stamped From the Beginning demonstrates “how racist ideas were created, spread and deeply rooted in American society.” Kendi delves into how racism continues to ensue, and in many ways, in a more “sophisticated and more insidious” manner than ever before.

Dr. Jennifer L. Eberhardt exposes racial biases in their most unexpected, yet commonplace forms — “in our neighborhoods, schools, workplaces, and criminal justice system.” However, Dr. Eberhardt also recognizes ways for us to address and attack these biases in an effective manner.

Dr. Carol Anderson’s White Rage is an extension of her 2014 Washington Post op-ed, which responded to media commentators’ use of the term “Black rage” to describe the angry response of Black Americans to the civil unrest that occurred in Ferguson, Missouri. She argued that “with so much attention on the flames, everyone had ignored the kindling.” Dr. Anderson points out that during key historical moments, African-American social progress has always been “countered by deliberate and cleverly crafted opposition.”

Dorothy Roberts takes a scientific look at the myth of the biological concept of race. Roberts reveals how this myth continues to support inequality in what many believe is a “post-racial” society.

Arguably one of the most pivotal books centered around race relations in modern history, The New Jim Crow focuses on mass incarceration in the age of “colorblindness,” and how the justice system serves as a “system of racial control” for Black men.

Claudia Rankine reveals the racial aggressions that the Black community encounters on a daily basis in the media and during some of the most mundane aspects of their daily routines, like going to the grocery store, being in a classroom, or simply being at home.

9. On the Come Up by Angie Thomas

Penned by The Hate U Give‘s Angie Thomas, On the Come Up tells the story of a young aspiring Black female rapper who is placed in the spotlight in an instant and is forced to learn that for the Black community, “free speech isn’t always free.”

In Heavy, Kiese Laymon shares his personal narrative of growing up in Jackson, Mississippi, his time as a young professor in New York City, as well as his relationships with his “mother, grandmother, anorexia, obesity, sex, writing and ultimately gambling.” Laymon delves into the idea that few in our country have the ability to know how to responsibly love.

11. A Lesson Before Dying by Ernest J. Gaines

This novel has been particularly impactful for me. Not only was it profoundly heartbreaking and frustrating (it was clear from the get-go that there wouldn’t be a happy ending), but it also shared the harsh reality that many Black men face in an unjust justice system.