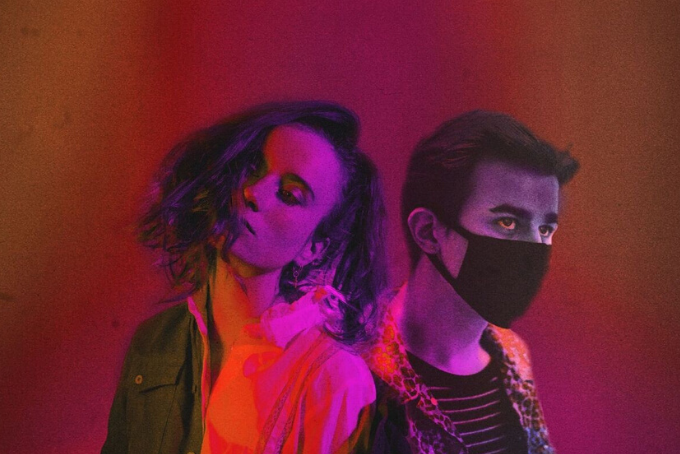 Berlin-based rising star Ruuth has teamed up with newcomer Bloody White to elevate one of the tracks on her recently released EP, titled All My Friends. The remix of “Her” features a verse from Bloody White but keeps most of the elements from the original track. With intriguing production and spell-binding vocals, this collaboration is to die for. It marks Ruuth’s first release since her debut EP and Bloody White’s first collaboration leading into his debut EP You’d Walk Right Over Me.

“Her” combines traditional pop accents with an interesting experimental aspect, which is classic for Ruuth. As an artist, Ruuth blends electronic and pop sounds often, which is shown throughout her debut EP. The vocal effects used on the chorus make it unique, because it almost doesn’t sound like a chorus. It challenges our ear, denying what we are expecting to hear. It’s reminiscent of Billie Eilish’s signature sound, in terms of song structure and vocal technique.

The lyrics of “Her” are described by Ruuth herself as, “someone who is promised the world, but ends up getting betrayed. Instead of seeking her own revenge, she lets karma take care of the betrayal.” The track tells a story of realizing that you were taken for granted, yet also trusting in karma to teach them a lesson.

Ruuth sings, “Now I know it is her // Left me out here to burn,” which is about the moment you realize that you’ve been abandoned for someone else. Bloody White’s verse builds on this sentiment, declaring, “I hate myself ‘cause I love you still.” His vocals bring a deeper tone and vibe to the track.

The “Her” remix, by Ruuth featuring Bloody White is a sultry, honest, upbeat track about karma. It’s something everyone can relate to, with a killer beat and production as well. The two artists’ sounds mesh extremely well and Bloody White’s verse adds something special to the track, which both make for a successful collaboration.