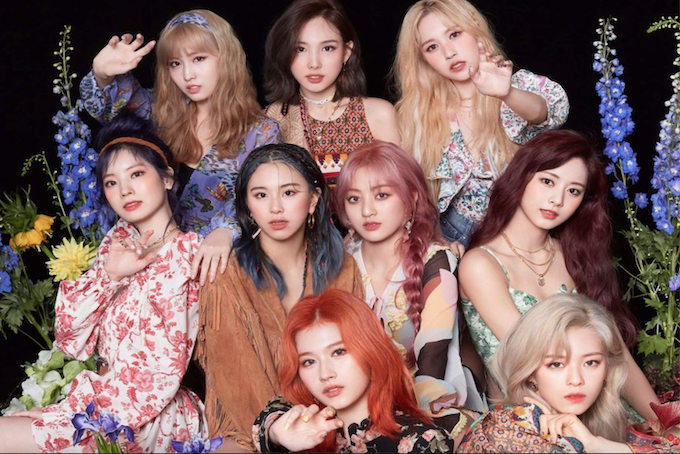 2019 saw K-pop heavyweights TWICE reach new heights with the success of their songs “Fancy” and “Feel Special.” The nine-member girl group went on their first U.S. tour and sold out stadiums across Asia. It’s been nine months since we’ve seen TWICE, with the release of their Feel Special EP — making it their longest time in-between comebacks. They’ve since entered into a partnership with Republic Records.

Despite the long wait, they’re back with their summer-ready, ninth mini-album More & More. The new EP features seven new tracks, including the title track of the same name. TWICE’s musical direction has notably matured since last year and they’re continuing that maturity with More & More.

The bubbly, synth-pop “More & More” track was written by notable pop mainstays, including Zara Larsson, Julia Michaels and MNEK — with the latter producing the track. Even though it might pack less of a punch than their previous two singles, its relaxed feel will still give you a confidence boost when you need it. The accompanying music video is a colorful and chic wonderland that has the girls perform their fun choreography in vibrant outfits, alongside majestic animals.

In addition to the title song, the rest of the album will have you ready to make some sweet summer memories. “Oxygen” is an addictive, bubblegum love fest that has the girls showing off their classic sweet and high-pitched vocals. We’re especially loving Tzuyu, Jeongyeon and Chaeyoung’s high notes in this one.

It wouldn’t be a summer soundtrack if the girls didn’t dip into some Latin flair, and they’ve done exactly that with “Firework.” “Make Me Go,” cowritten by Nayeon, is a standout with its fierce sound and lyrics. “Shadow” is another standout track with deeper lyrics and atmospheric production that’ll have you dancing in your room during lonelier summer nights. “Sweet Summer Day” was written by Chaeyoung and Jeongyeon, and is the perfect conclusion to this summer soundtrack.

In the midst of the coronavirus pandemic, plans have been turned upside down with cancelled tours and album delays. 2020 is not the year any artist had envisioned for themselves, but TWICE is still going strong and continue to evolve musically and personally. Mina is back, and the girls and their friendship are tighter than ever. They’ve given us a strong album to prove it.