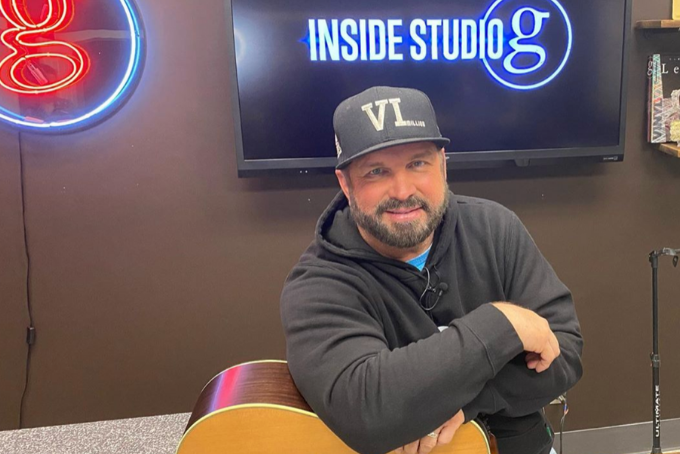 If you’re still mourning the cancelation of music festivals everywhere, rest assured that you won’t have to go a whole summer without live music. On Saturday, June 27, load up your car with your quarantine friends, family members, loved ones and all your must-have snacks and head to a Garth Brooks concert at your local drive-in theater.

Through a partnership with Encore Live, the country superstar will be performing a one-night-only concert event that’ll be broadcasted at 300 drive-in theaters across the country. They’re joining the ranks of many other artists who have — in light of canceled or postponed tours — been embracing new methods to connect with fan bases still largely under quarantine. But whereas other musicians have just served up performances via social media and network television, Brooks is giving their fans a real-deal concert experience that allows them to break free from their homes and forget about everything that’s going on in the world.

“I am so excited to get to play again. This drive-in concert allows us all to get back to playing live music without the uncertainty of what would be the result to us as a community,” Brooks said in a press release. “This is old school, new school and perfect for the time we are in.”

Not only is Brooks offering a superb night of escapism with this summer concert experience, but he’s also helping rekindle America’s love for drive-in theaters. Since the 90s, drive-in screens have been torn down left and right as people flocked to indoor theaters for more luxurious moviegoing experiences.

Sure, indoor theaters have plush seating, booming surround sound and high-powered air conditioning, but they sorely lack the nostalgia and ambiance that their outdoor counterparts provide. Going to an outdoor theater isn’t about seeing a film in its highest format or sipping bespoke cocktails; it’s about rolling down the windows and talking over whatever’s happening on screen. It’s a social experience that’s affordable, a whole lot of fun and perfect for these COVID-19 times.

“Families need safe entertainment options that they can enjoy together this summer,” said Walter Kinzie, the founder and CEO of Encore Live. “We’re excited to partner with Garth, who’s already done so much to help the entertainment industry during these tough times, to provide a truly unique and incredible concert that will do a whole lot of good for local businesses and communities.”

Since 2016, Brooks has used his Inside Studio G live series on Facebook as a means to connect with fans and document the process of recording an album. During this weekly series, they also answer fan-submitted questions, pay ode to other artists and perform acoustically. This platform has proved especially rewarding during COVID-19, as it’s given them a chance to help fans cope with everything that’s going on. Specifically, on May 11, the singer released two singles off of his forthcoming album, FUN!, to help tide fans over until the whole project is completed and unveiled.

“I don’t want to be the guy that tries to do something in the midst where everybody is hurtin’,” Brooks said about postponing the album, which was originally slated for a 2018 release, in a statement referenced by Taste of Country. “It’s like … damn it. The album’s ready to go. It’s just how do you get out and promote and be happy and jolly while everybody’s out there fighting for their lives?”

Although it remains unclear when FUN! will be available, you can enjoy seven songs from the album right now exclusively on Amazon music. And, if you’re still craving more from the superstar singer, you can see him perform on the big screen from the luxury of your own car in just a couple of weeks. Tickets for Brooks’ drive-in theater experience are $100; but remember, this covers a carful of people. That means if you load up the biggest car you can find, you’ll be able to catch one of the biggest country stars of our generation at a value that pales in comparison to that of a normal concert outing or night at the movies. And, although it may be tempting, we don’t recommend letting your BFF ride trunk just to save an extra buck.

Tickets to this rain or shine event go on sale Friday, June 19, at 12 p.m. EST. Click here to snag your ticket and view all of the participating theaters.