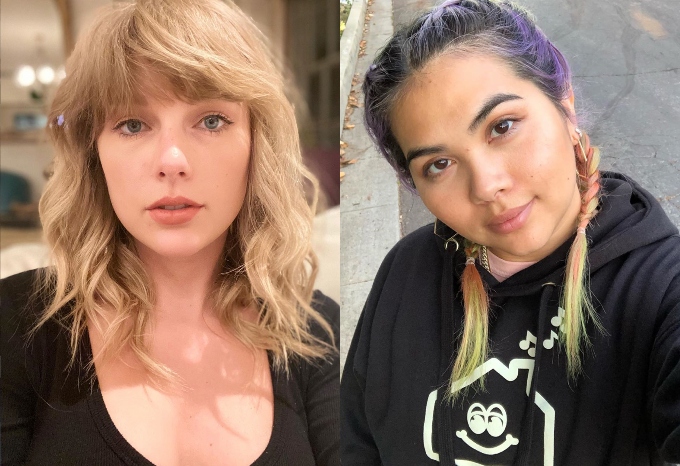 Pride Month is in full swing, folks, and now that we’re a whole 15 days in, we have a landmark Supreme Court ruling to celebrate! Earlier today (June 15), the Supreme Court issued a ruling that officially protects LGBTQ people from discrimination in the workplace, and we couldn’t be more thrilled. But we’re not the only ones who are stoked about this historic victory — musicians are, too! And they’ve taken to social media to let their followers know it.

“YES!! Thank you to the Supreme Court Justices who voted in favor and all the advocates who have fought so hard for this!” Taylor Swift tweeted. “We still have a long way to go to reach equality, but this is a beautiful step forward.” Swift has long been an advocate for LGBTQ+ rights, and around this time last year, she dropped her hit single “You Need to Calm Down,” which denounced homophobes and pushed for equality.

YES!! Thank you to the Supreme Court Justices who voted in favor and all the advocates who have fought so hard for this! We still have a long way to go to reach equality, but this is a beautiful step forward. 🌈❤️🧡💛💚💙💜🌈 https://t.co/zTd3i5P2TL

Swift wasn’t the only artist who celebrated today’s victory, though. The Jonas Brothers also took to social media to share their thoughts on the decision. “A historic decision for the LGBTQ+ community,” the band wrote alongside a heart. Selena Gomez was just as happy about the ruling, writing, “Great news” on Twitter with a rainbow and heart emoji.

A historic day for the LGBTQ+ community ❤️ https://t.co/fqPbvLDUrZ

Canadian indie pop duo Tegan and Sara were also over the moon about the decision — despite not living in The States. “It took 56 years but today the Supreme Court ruled that Title VII of the Civil Rights Act of 1964 protects LGBTQ+ workers from workplace discrimination,” they wrote on Facebook. “A terrific and unexpected victory. Some people have spent their entire lives fighting for this. Some died waiting to hear the ruling. There are so many fights ahead but today we celebrate.”

Kesha, Hayley Kiyoko, Lin-Manuel Miranda and Katy Perry were among the many others who took to social media today to celebrate this unexpected but welcome win for the LGBTQ+ community. And although we have a long way to go until we fully achieve equality, it’s clear that today’s ruling is a step in the right direction, and one worth celebrating.