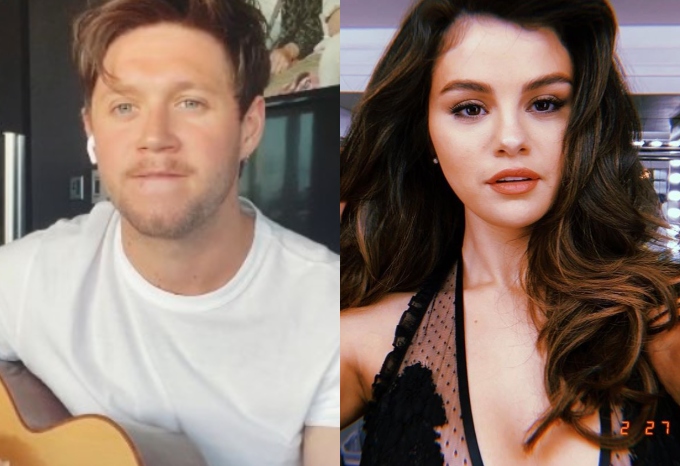 If quarantine has given us one thing, it’s been the time to decide our next move — and for musicians it’s been no different. In fact, all this time at home has inspired artists to pursue ideas and collaborations they’ve been sitting on for a while now, and today (June 16), Niall Horan revealed that he’s completely open to working on a collaboration with none other than Selena Gomez. Uh, what?!

That’s right, you guys. The “Put a Little Love on Me” crooner responded to a fan on social media today who requested that he and Gomez put out a song together. And turns out, he’s not opposed. Like, at all. “Niall, what do you think about with a collaboration with Selena Gomez?” the fan wrote. “You both will smash it.” To which he responded, “Ready when Sel is.”

Ready when Sel is .

Before you get too excited, though, it’s worth noting that the “Lose You to Love Me” songstress has not yet responded. Still, we’re not quite prepared to rule out the possibility of a Horan/Gomez collab altogether — mainly because the “Look At Her Now” singer has a long history of collaborations.

In the past, Gomez has collaborated with several music industry heavy-hitters. On her most recent album, she collaborated with 6lack and Kid Cudi. Prior to that, she worked with A$AP Rocky on her hit song “Good For You” and she teamed up with rapper Gucci Mane for “Hands To Myself.” Gomez also worked with EDM producers Kygo and Marshmello on “It Ain’t Me” and “Wolves,” respectively.

Horan hasn’t had quite as extensive of a list of collaborators. However, the former One Direction star did work with country singer Maren Morris on his Flicker track “Seeing Blind.” And based on today’s tweet, we’re willing to bet he’s open to more collabs — especially if they involve Queen Sel herself.