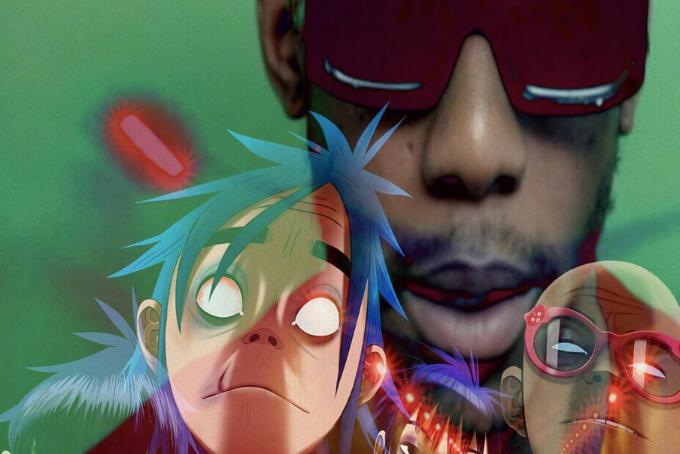 For the uninitiated, the Gorillaz have been releasing songs and music videos sporadically for their Song Machine project. It’s an ambitious series, not unlike anything else the Gorillaz have done before, and has so far been impressive, with songs like “Momentary Bliss” and “How Far?” being impressive entries into the band’s canon, and their latest single, “Friday 13th” is no exception.

A hazy, synth-based song, “Friday 13th” isn’t immediately catchy. It’s a song that grows on you — that burrows into your brain and germinates until it’s all you want to listen to. The first couple of listens have you wondering why the song is so slow, or so long, and then before you know it, all you want to do is sit with this song and let it wash over you. It’s trippy. It’s hazy. It makes you feel a little drowsy. It’s weird. But it’s the Gorillaz, so it’s still good.

Following the other songs out of Sound Machine, “Friday 13th” is a collaboration, this time with the French-British rapper Octavian providing vocals. Octavian’s lyrics are simply the retelling of a drug-and-romance filled night he had, yet still fit nicely with the rest of the song, and don’t feel out of place in a Gorillaz tune. It’s nothing too deep or existential, but not everything has to be, and in some cases, it’s better when it’s not.

At the end of the day, Gorillaz is just what happens when exceptionally talented people make music together. Gorillaz frontman Damon Albarn is just that good at producing good music, and has enough sense to broaden his horizons past the Brit-rock he’s known for. Inevitably this results in consistently interesting music, which is phenomenal, and something that a lot of modern music is missing these days.

So far, the songs that have come out of Song Machine have been great, and more than anything, it’s just nice to hear from the Gorillaz again. Lord knows that after the year we’ve all had, the least we deserve is some decent music.