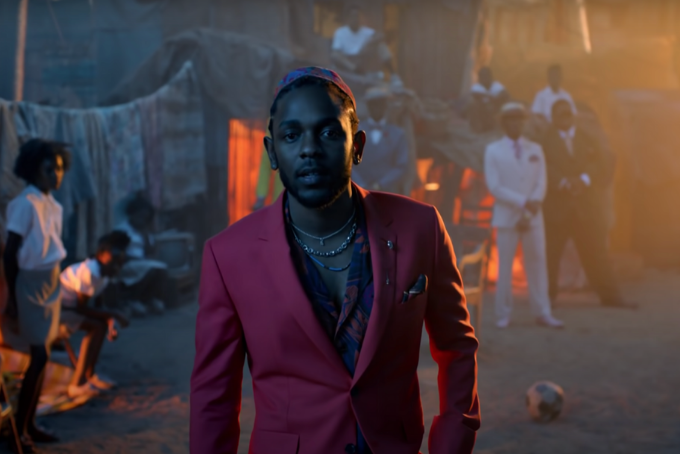 Author Toni Morrison claims his work is “more than merely brilliant; it is magic.” Athlete LeBron James identifies with his story and recognizes the lessons shared in his music. Rapper Eminem said, “By the end of listening to his first full album, I felt like I knew everything about him.” U2 frontman Bono made it clear that he packs a “righteous punch” in his music — delightful and deserving praise for Kung Fu Kenny!

Rapper Kendrick Lamar is one of the most influential artists of our generation, contributing incredible lyrics and beats since his first mixtape in 2004. Along with his solo career, Lamar is also a member of the hip-hop supergroup Black Hippy with his Top Dawg Entertainment label-mates Ab-Soul, Jay Rock and Schoolboy Q. He’s known for his activism, honesty and creativity.

The songwriter, producer and Pulitzer Prize winner from Compton, CA (which is home to many greats like Dr. Dre, The Game, Ice Cube, Eazy E and the late Tupac Shakur), celebrates a birthday today. To celebrate, we’re taking a look at his career up until now!

At 16, while residing in Compton, Lamar dropped his first mixtape under the pseudonym K-Dot. This mix caught the eyes and ears of newly-founded indie record label Top Dawg Entertainment, leading them to sign the up-and-coming artist. In the years to follow, he would appear alongside a number of other West Coast rappers, collaborating on projects and joining them on tour.

In 2010, while on tour with Tech N9ne and Jay Rock, he was writing rhymes and scheming for an album of his own. In September, he released Overly Dedicated, an introduction to his style of activism and sharing stories of strength in the Black community. The third track, “Ignorance Is Bliss,” is one of many that discuss reality rap and street crime, drawing a picture of what Lamar had been surrounded by while growing up.

The following year, Lamar released Section .80, a full-length album featuring production by rapper J. Cole. This project would be the first of their several collaborations. His song “HiiiPoWeR” is often described as a movement in and of itself, as a response to the indifference in mainstream culture against hip-hop. Lamar has identified the three “I”s in the song’s title as standing for heart, honor and respect, being “the three main things that people should have and live by.” The lyrics contain stories of oppression and mistreatment, as well as a focus on building a stronger future for our youth. Additional songs to check out include “Ronald Reagan Era,” “A.D.H.D,” “No Make-Up” and “Chapter Six”.

In 2012, after gaining success with Section .80, Lamar created good kid, m.A.A.d city, which became his first platinum certification. The tracklist features collaborations with Dr.Dre, Jay Rock and Drake. Singles that rose him to fame include “Bitch Don’t Kill My Vibe” and “Swimming Pools” for their bold lyrics and creative beats. The jam “Poetic Justice” was a sampling from Janet Jackson’s film about grief and using writing as an outlet. Some additional songs to vibe to are “The Art of Peer Pressure,” “Backseat Freestyle” and “Compton.”

The strength and rawness that Lamar so effortlessly displays continues into 2015’s To Pimp A Butterfly. His third studio album received rave reviews and established Spotify’s global first-day streaming record with 9.6 million streams. The album features an exploration of theories and policies, wealth and identity. Winning a total of five Grammys that year, the album reached major success and is considered one of his best. On the album we have “Alright,” “King Kunta,” “I”, “Wesley’s Theory” and “These Walls.” The following year, Kendrick granted us with a few demos on his compilation album Untitled Unmastered. They’re distinguished by date and year and vary greatly in focus and character!

2017 marked a revolutionary year for Kendrick, with the success of DAMN. The Pulitzer Prize for Music winner expresses so much heart, soul and thought in the album, which was characterized by Rolling Stone that year as “a combination of the old school and next-level” of rap music. Critics and music-lovers alike were drawn to Lamar’s ability to project such authenticity in his songs, which have detail-oriented sounds and figures. The Collectors Edition released shortly after and featured the tracklist from the original album in reverse order, for a new effect. Jams we love include “Humble,” “Love,” “Loyalty,” “DNA” and “Feel.”

Working with TDE founder Anthony Tiffith, Lamar produced and curated the film soundtrack for the Marvel film Black Panther in 2018. Its content and sophistication with masterminds of rap and soul resulted in a great album, fit for a superhero movie. Check out SZA‘s vibe on “All The Stars” or Travis Scott‘s groove on “Big Shot,” and much, much more.

Kendrick Lamar has established himself as an authentic rapper, lyricist, poet and conductor. We respect his activism and honesty, and can’t wait for more music and collabs to come!

One thought on “The Rise of Kendrick Lamar”