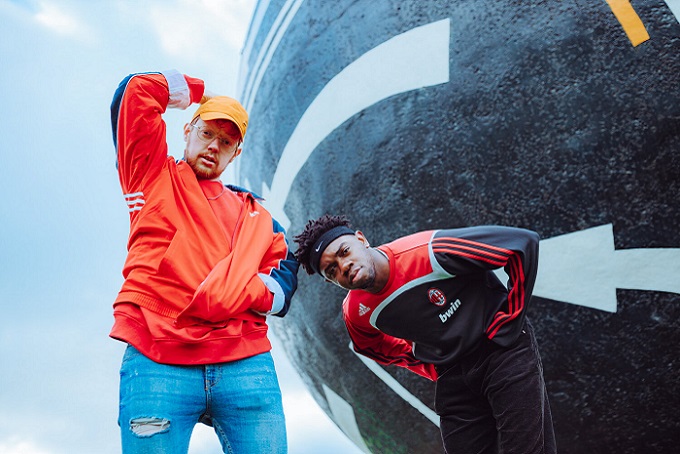 Ireland is famous for its music. Trad music is played worldwide on the country’s national holiday, St. Patrick’s Day. Its ballads are sung at weddings. In recent times, its singer-songwriters have found success internationally, with stars like Hozier finding themselves thrust into the international spotlight.

Unbeknownst to the world, Ireland has quickly been cultivating an impressive hip-hop scene in recent years, with artists emerging from all corners of the country. Tebi Rex is one of them. The Kildare-based duo, Max Zanga and Matt O’Baoill, has been one of the artists on the forefront of Ireland’s mainstream music movement for a number of years. Their debut record, The Young Will Eat The Old, perfectly captured their genre-blending sound of hip-hop, R&B and pop with a defining Irish twist, providing an immaculate soundtrack for the youth of Ireland, whose idea of great music stretched far beyond balladry and fiddles. Their latest single, “I Got My Whole,” does more of the same, examining genres under a distinct lens of Irishness.

Following the more trap-infused “White Boy of the Month,” dropped earlier this year, “I Got My Whole” feels like a perfect addition to any coming-of-age playlist — deeply nostalgic in its sonic approach, while extremely modern in its lyricism. All dressed up in ’80s synth and layered backing vocals, the track feels like something cut from the world of Jack Antonoff, similar in sound to his work on Taylor Swift’s “The Archer,” Carly Rae Jepsen’s “Comeback” or even the entire discography of his indie-pop mantle, Bleachers.

Lyrically, the pair remains distinctly contemporary. “This is a song about sex” was the duo’s warning to fans before the song’s release. This seemed obvious, given the track’s title is a play on a modern Irish phrase for sex. The track is unafraid of its Irishness, referencing the titular line over and over, while talking about stumbling out of the “sesh.” It also embraces a new age of references, perfect for the duo’s audience. “I got an agenda,” Matt sings, “Suite life like Brenda // Song that I remember.” It’s perfectly constructed to reflect a modern Ireland and a modern world, where a reference can be so inherently niche or widely known.

The track also comes with a Wes Anderson-inspired music video. Sumptuous and colorful, the video’s a perfect pairing to the song’s indie-pop, coming-of-age perfection.

Songs like “I Got My Whole” are exciting for many different reasons. They reflect how wonderfully modern Ireland has become. They show the sheer talent and diverse perspectives that Ireland has to offer. Most importantly, however, is the fact that they’re just really, really good.