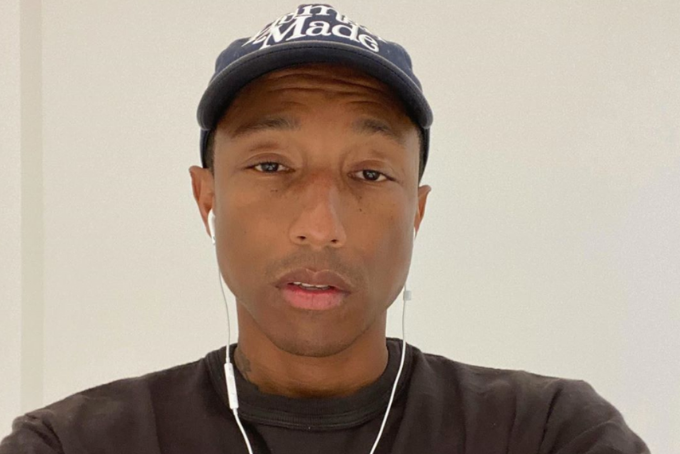 Pharrell Williams is best known for his iconic hits, but the 13-time Grammy winner used his massive platform this week for a historic announcement in his home state of Virginia. In a press conference held on June 16, Governor Ralph Northam welcomed Pharrell, to officially declare Juneteenth (June 19) a paid holiday for state employees.

"A paid holiday, it's not the end of it, it's just the beginning of it," Virginia Beach native @Pharrell said about Virginia declaring Juneteenth a state holiday.

"Black lives matter in the eyes of the commonwealth. They didn't always, but they do now." https://t.co/fMxRrFE5FO

Juneteenth, also known as Freedom Day, commemorates the end of slavery in the United States. More specifically, June 19 marks the day in 1865 when the news finally reached African-American slaves in Galveston, Texas. Pharrell noted that recognizing Juneteenth as an official holiday was Virginia’s chance to “lead by example,” though he also understands that a paid holiday is “just the beginning.” The “Happy” singer added, “This is about proper recognition, observation and celebration. This is the chance for our government, our corporations and our citizens to all stand in solidarity with their African-American brothers and sisters.”

Virginia’s announcement followed the news that prominent companies like Best Buy, Spotify, Target, Nike and Twitter would start recognizing Juneteenth as a company holiday. “Our country excels at celebrating Independence Day, but it’s not perfect. Juneteenth deserves the same level of recognition and celebration,” stated Pharrell. “July 4, 1776 not everybody was free and celebrating their Independence Day. So, here’s our day and if you love us, it’ll be your day too.”

The effects of Virginia’s momentous decision are already being felt in other parts of the country. On June 17, New York’s Governor, Andrew Cuomo, announced that he would be signing an executive order, recognizing Juneteenth as a holiday for state employees. He also stated that he would advance state legislation to make it an official state holiday next year.

Pharrell ended his speech with inspiring words, regarding younger generations; simultaneously, he announced a personal project involving HBCUs (historically Black colleges and universities). You can watch his full statement below.