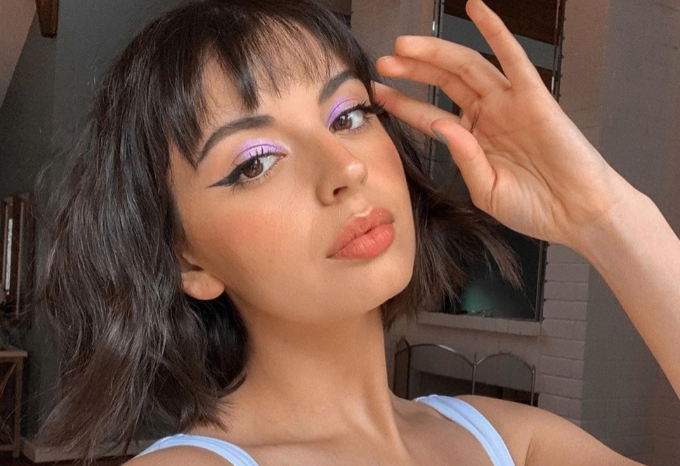 When it comes to 2010s nostalgia and meme culture, Rebecca Black‘s over-saturated, cringe-worthy debut single “Friday” is high on the list. And while the start of Black’s music career is remembered as a 2011 fever dream, the singer has taken the time to improve her discography as well as her own self-image. As Black navigates her early twenties, she’s discovered a whole new musical aesthetic and has grown into a more refined personality. In honor of Black’s 23rd birthday this weekend, it’s time to play catch-up and remind ourselves why it’s time to stop sleeping on her.

As mentioned, Black’s career began in 2011 when she was just thirteen years old. After Black’s parents agreed to pay Los Angeles’s (now defunct) Ark Music Factory a few thousand dollars to help make Black’s pop-star dreams come true, her life took a dark turn as she became the poster child for the “worst song ever.” Black experienced harassment and cyber-bullying on a national scale, and soon after releasing her debut music video, she became the butt of every internet joke. Although Black encountered an army of haters and internet trolls, her song eventually charted on Billboard‘s Hot 100 and ranked as YouTube’s number one video of 2011.

One major highlight of Black’s fast-track to fame was her ironic cameo in Katy Perry‘s epic music video for “Last Friday Night (T.G.I.F.).” Inspired by an ’80s aesthetic, Perry assigned Black to the “popular high school girl” trope where she threw the biggest party on the block that Friday night. In a way, Perry helped Black defy the judgment of the haters, only to further progress into her music career. The video stands as a huge turning point in Black’s career — one in which she began owning her image.

Once the “Friday” hype began to fade out, Black remained committed to her long-term goal of being a successful singer. After parting ways with Ark Music Factory, she launched her own independent label where she continued to release her own music. Some notable singles include “My Moment,” “Sing It,” and her satirical (but not so bad) song “Saturday.”

In addition to Black’s official releases, the star decided to showcase her raw, unedited voice on her YouTube channel by sharing bedroom-pop covers of her favorite songs. Some of her strongest covers uploaded over the years include Miley Cyrus‘ “Wrecking Ball,” The Weeknd‘s “Starboy,” Katy Perry‘s “Chained to the Rhythm” and Billie Ellish‘s “I love you.”

Aside from sharing her musical talents, Black consistently uploads videos pertaining to beauty, fashion, and entertainment. In fact, some of her best content stems from a segment on her channel called “Blacking Out with Rebecca” where she gets tipsy and interviews other social media influencers. Today, her channel has surpassed over 1.4 million subscribers.

Fast forward to 2018, Black made a televised return when she competed in Fox’s The Four music competition. Even though she didn’t end up winning, she shared that she was still proud to showcase her growth to the media since they previously viewed her as an impressionable 13-year-old girl. She claims that it was very therapeutic to have been given redemption.

In more recent years, Black has gradually added more vulnerable art to her discography, including her 2019 singles “Anyway,” “Do You?” and “Sweetheart.” As for this year, the soon to be 23-year-old released her mini-project Self Sabotage / Closer in addition to four new live session tracks. While Self Sabotage / Closer explores her deep insecurities in her relationships, Rebecca Black (Live Session, Los Angeles, CA, 2019) reassures fans that Black is just as talented without any special production or auto-tune.

One thought on “The Evolution of Rebecca Black”