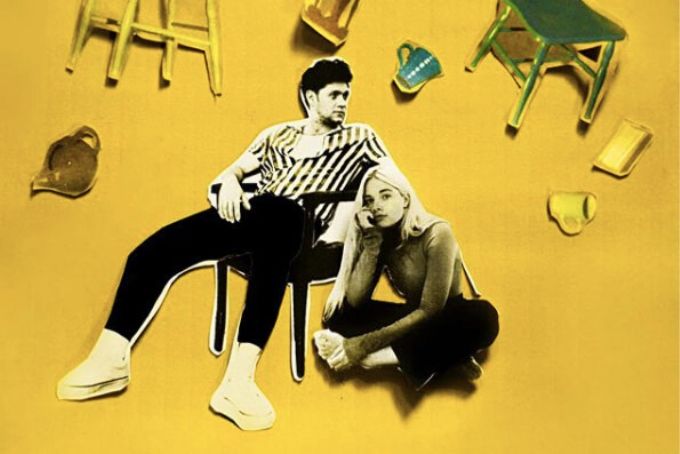 Ashe‘s song “Moral Of The Story” blew up very quickly after fans heard the song featured on the To All the Boys: P.S. I Still Love You soundtrack. The singer quickly got recognition for the song, as it also blew up on the viral app TikTok. When Ashe hinted at re-releasing the song with a new feature, fans were thrilled to find out the mystery feature would be none other than Niall Horan.

Ashe co-wrote the hit song with songwriters Finneas, Noah Conrad and Casey Smith, shortly after she had filed for divorce. The song is about accepting that your relationship with your significant other may have been a mistake, but realizing that in the end, you’re better off without them and stronger because of the pain you endured. Niall joins in on the new version of the song during the second verse, where Ashe originally sang the lyrics: “Remember how we painted our house // Just like my grandparents did // So romantic, but we fought the whole time // Should’ve seen the signs.” Niall’s verse is sung from the perspective of Ashe’s ex husband, as he sings, “It’s not funny how it changes // Ended up like strangers // And we burned down our paper house // Talking with your father // He said that you could be mine // But some people fall in love // With the wrong people sometimes.” Horan expressed on Instagram that after Ashe had reached out to him about the song, he immediately knew he wanted to be a part of it.

The two singers’ voices blend together beautifully on the emotional new version of this song, and we would definitely love to see the two of them collaborate again in the future. You can check out the new version of “Moral Of The Story” below.