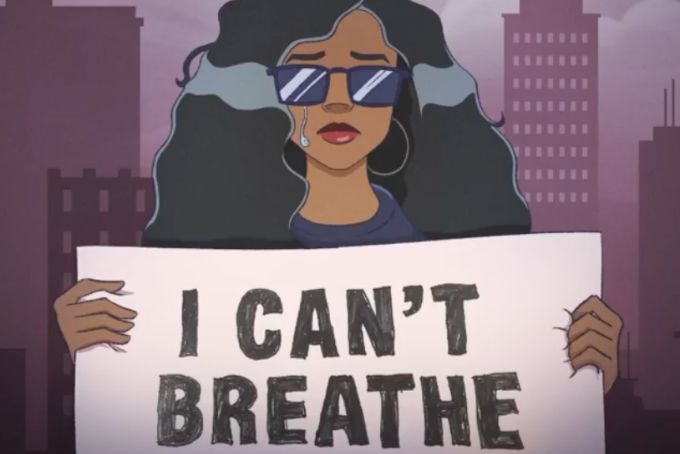 California singer-songwriter H.E.R. released an enchanting, powerful song of protest entitled “I Can’t Breathe,” in response to recent and past senseless killings of unarmed Black men in America. The song was previewed earlier this month on iHeartRadio’s Living Room Concert Series. This past Friday, on Juneteenth, the track was available on all major digital service providers.

From the first beat to the start of H.E.R.’s humble voice, we’re swept away and inspired. “If we all agree that we’re equal as people // Then why can’t we see what is evil?” She proposes many ideals in the song for listeners to absorb. “Praying for change ’cause the pain makes you tender,” H.E.R. sings. “All of the names you refuse to remember // Was somebody’s brother, friend // Or a son to a mother that’s crying, saying // ‘I can’t breathe, you’re taking my life from me.'”

In the last two minutes, H.E.R. provides a profound speech, making it clear that injustice and generations of pain and fear among the black community need healing and care. Her song points to a significant question: Why is there so much hate?

For the official video that accompanies the song’s release, H.E.R. and editor Shane Adams compiled footage of protests against police brutality and systemic racism from around the world. Later, we can see a wall of victims who have been killed, including George Floyd and Breonna Taylor.

“These lyrics were kind of easy to write because it came from a conversation of what’s happening right now, what’s been happening, and the change that we need to see,” H.E.R. said, speaking to MTV from a Brooklyn studio. “I think music is powerful when it comes to change and when it comes to healing and that’s why I wrote this song, to make a mark in history. And I hope this song does that.”

It’s artists like H.E.R. that use their platform for the change and their skills to promote a positive message. This is how we can propel forward!