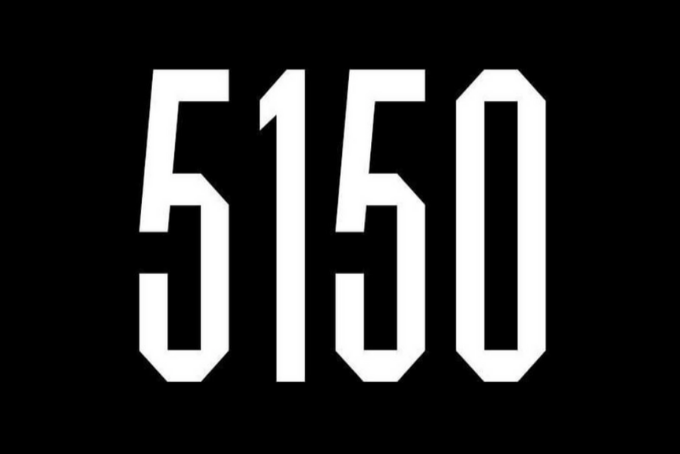 Just the name of Wombats frontman Matthew “Murph” Murphy’s solo project sounds cool and artistic as hell: Love Fame Tragedy. It’s unsurprising, given that he borrowed it from legendary cubist artist Pablo Picasso. As a virtuoso exhibit from the early 1930s, Love Fame Tragedy documents Picasso’s complex and rich life through more than 100 of his works, according to theartwolf.com. Some of the collection’s more famous paintings showcase a nude or scantily clad depiction of his muse Marie-Thérèse Walter, whom he had an affair with while he was married to Olga Khokhlova. Picasso’s exhibit is an emotional roller coaster loaded with passion, infidelity and regret, just like the musical offerings from Murphy’s Love Fame Tragedy.

To date, Murphy has released 10 songs under his Love Fame Tragedy moniker, nine of which were unveiled through a pair of EPs: “I Don’t Want to Play the Victim, but I’m Really Good at It” and “Five Songs to Briefly Fill the Void.”

Murphy’s latest track, “5150,” comes off of his debut album, Wherever I Go, I Want to Leave, which is due out on July 10. Most of Love Fame Tragedy’s songs sound like could-have-been-Wombats music; however, “5150” feels entirely new. It gives you Danny Boyle soundtrack vibes, with instrumentals tiptoeing between sounding very futuristic and very right-now. It’s an exciting, memorable and tad bit controversial opener for Murphy’s forthcoming album.

“5150” is a trippy song about taking a trip to Phoenix to either reconcile with a partner or atone for missteps — honestly, a bit of both is probably on his agenda. The relationship is clearly strained by mistrust, which has been fueled — at least in part — by Murphy’s wandering eye. “I got annihilated and DM’d one of your friends // I hoped it wouldn’t send,” he sings in the first verse and the outro. Spoiler: The message definitely goes through, and now he’s gone and mucked up his relationship. And, judging by the rest of the lyrics, this isn’t the first time he’s messed things up, nor will it be the last.

“Just because I fuck up doesn’t mean I’ve got no heart,” is somberly repeated throughout “5150.” He references some of the good times they’ve shared, such as when they galavanted through Paris, but he admits that there’s just no future for the two of them: “Another anniversary, no diamonds and no date.” Murphy’s to blame for the relationship’s gloomy forecast — at least that’s what he tells us — and his attitude about the whole thing is both refreshingly candid and a bit disappointing. After all, it’s always a shame when you can’t rightly cheer for the main character.

We’ve all been fed the same mantra since we were children: “Anything is possible if you just believe.” It’s something our elders told us, as well as a concept the media can’t get enough of; you’d be hard-pressed to find a Disney film that doesn’t lean heavily into this idea. To this stance, however, Murphy says, “Au contraire.” As he admits his shortcomings and responsibility for the mischief that “5150” references, he doesn’t vow to change or even rectify the situation. Instead, he takes an it-is-what-it-is attitude.

“Some days aren’t so pretty // Sometimes you wanna change when you know you can’t.” These lyrics may sound defeatist or callous depending on your outlook, but, either way, they send a message that’s rarely heard in pop songs. They’re saying, point-blank, that sometimes shit just sucks and it’s impossible to fix the problem. One could argue the opposite — that you can put an end to cheating and you can become a better person, but this is Murphy’s song, and whatever he says goes.

I've had a lot of fun working away in the studio and can't wait for you to hear it all 🙃 Kicking things off with 5150 next Friday xx Pre-save it at the link in the bio.

Honestly, you don’t have to side with him in order to like his song. “5150” has plenty of other qualities that redeem its blasé point of view. First of all, although it’s distorted with autotune and other muffling production effects, Murphy’s soothing singing is always a treat. Secondly, his lyrics — although they’re a bit thin and repetitive — are honest, poetic and unexpected. And last but not least, the music is perfection. Listening to “5150” is like getting bottle service at the hippest club in town when, suddenly, butterflies flutter around you and create their own simplistic, angelic effect that juxtaposes the venue’s booming bass.

If that’s too difficult to imagine, consider this: it’s the kind of music that would be on heavy rotation at an Urban Outfitters — and that’s not a bad thing. It’s hip, rich-sounding music for people who are clearly leading interesting, fashionable lives. It’s ironic, really, when you consider the song’s leading character doesn’t seem confident, nor happy with his life. But aren’t we all — Urban Outfitters fashionistas included — just faking it until we make it? That’s one of the reasons why this song is so effective: It merges richness with reality, producing an effect that firmly grasps your attention while causing your head to spin.

However, much of what this song gets right could very well be overshadowed by its tone-deaf title and chorus.

In California, the state in which Murphy and his family reside, 5150 is a code used by officials when someone is admitted involuntarily into psychiatric care. According to Psychiatry Online, this action exists in some fashion in every state to protect people from harming themselves or those around them, although it’s not always called 5150. Multiple celebrities have been placed on 5150 holds, including Kanye West and Britney Spears, which has, in part, fueled the code to become slang for crazy. Murphy uses this slang quite liberally. “I go 5150, 5150, 5150,” he sings in the chorus, which can be easily translated to, “I go crazy.” The problem with this lyric is multi-layered.

For starters, even in his songs for the Wombats, Murphy’s lyrics have always been hyperaware of timely trends and cultural norms. In “5150,” he could have easily said that he reached out to her friend but, instead, he talks about sliding into her DMs. Murphy is intentional with his lyrics and, as such, they always come off as “woke” or aware, at the very least. That’s why it’s so surprising that he so casually uses the 5150 code in reference to his love life drama. Murphy clearly knows the origin of this slang in order to use it so aptly, so it’s a bit disappointing that he didn’t choose a different turn of phrase.

Beyond that, it’s shocking that out of all the adjectives he could have used to describe his emotions, Murphy settled on crazy — or, in this case, slang that may be even more insensitive than the actual word. He’s a superbly talented lyricist who clearly has his finger on the pulse of what’s going on in the world, which is why it’s frankly impossible to imagine that he’s unfamiliar with the negative connotations surrounding the word “crazy.”

In an article for Penn Medicine News, assistant psychology professor and language expert Brenda Curtis encourages people to refrain from using the word. She explains that when we call someone crazy, it perpetuates a mental health stigma that those living with mental illnesses are unlike others and unable to behave rationally. “When a person becomes aware of the connotations that crazy has, can we just start using a different word,” Curtis puts forth. It seems simple enough, yet pop artists seem utterly obsessed with using crazy to describe anything, from their love affairs to an unfortunate series of events. All things considered, it’s a bold choice for Murphy to lead his debut album with such a contentious song, even if its commotion is mostly caused by its use of a four-number series.

One year ago today, I released the debut Love Fame Tragedy single 'My Cheating Heart'. Next week, I'm releasing the first single from my debut album. What a time 💖

Sweeping aside any controversy surrounding its title and lyrics, “5150” is a pretty impressive track, in that it showcases what Murphy’s capable of when he’s given free creative reign. In discussing Love Fame Tragedy, he told NME that he was excited for the opportunity to think less and create more, something that isn’t always an option when he’s producing music alongside his Wombats bandmates. “I (wanted to) have a new outlet where it’s snappy and quick and fast, not overthinking it. Write a song, ‘is it good?’ ‘yup’, ‘OK, let’s record it, make it sound really good. OK it’s out in the public, where’s the next song?’ Rather than over-analyzing a snare pattern.” And, as “My Cheating Heart,” “Pills,” “Backflip” and his other impressive songs have shown, this arrangement is clearly working out for Murphy.

“5150” may not be his strongest work to date, but it’s still well worth your time. And, given how unique it is from the rest of his solo work, it’s the perfect song to spark interest in his already heavily-anticipated debut album and tide fans over until it’s released.