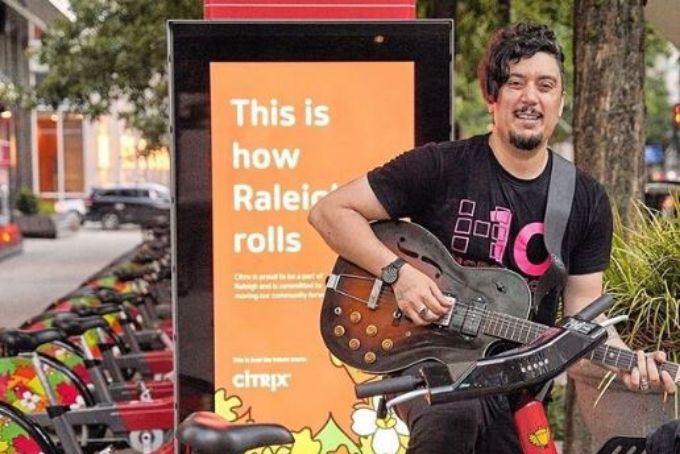 Comic books and rock bands go together like… well… stuff that goes really well together.

From KISS to My Chemical Romance, it feels like any rock band that’s worth anything has made a foray into the medium, and the North Carolina-based, roots-rock band Jack the Radio are no exception.

Their latest video, “Creatures,” is a wickedly fun preview of the upcoming companion comic, which is, incidentally, also called Creatures. The comic is described as “a collection of cosmic-country-fried sci-fi short stories,” and the music video delivers us exactly that.

While the song itself is pretty standard country-rock/roots-rock fare, the band hasn’t let their genre limit them, especially when it comes to visuals. Immediately, you’re welcomed into an epic comic book tale and there are already questions that need to be answered. Is this a story about a bounty hunter? About a singer? Why is this singer a skeleton? Will he save the world? Is the skeleton even a “he”? Long gone are the typical country tropes of trucks, whiskey and dead dogs. Welcome to a fantasyland of skeletons wearing stetsons and magical, angry tree spirits.

According to their website, the song “Creatures” is based off of A Christmas Carol, but the visuals indicate that the story is more along the lines of The Lorax, with vengeful spirits coming after someone who’s taken out a forest of trees for their own gain. The skeleton main character is also conveniently named Jack the Radio, and both the comic book and the album allegedly center around this character.

Like the comic book, the music video features art from over 17 artists and the constant changing visuals add to the trippy, surreal atmosphere that you’d expect from something that is both “cosmic” and “country fried.” The constant change in art styles is actually really fun and not too jarring, and given the comic features even more artists, it’ll be interesting to see how each artist informs the story of Jack the Radio (the character, not the band!).

Overall, Creatures (the album, not the single or the comic book — phew!) appears to be something of a concept record, which is somewhat rare for a genre like roots-rock. While concept records are usually saved for more self-important genres like prog-rock or emo-rock, there’s nothing saying other genres can’t try it — and honestly, given the quality of some concept records, we may need other genres to come in and save the concept record altogether. So thanks, Jack the Radio. We’re looking forward to your new record.