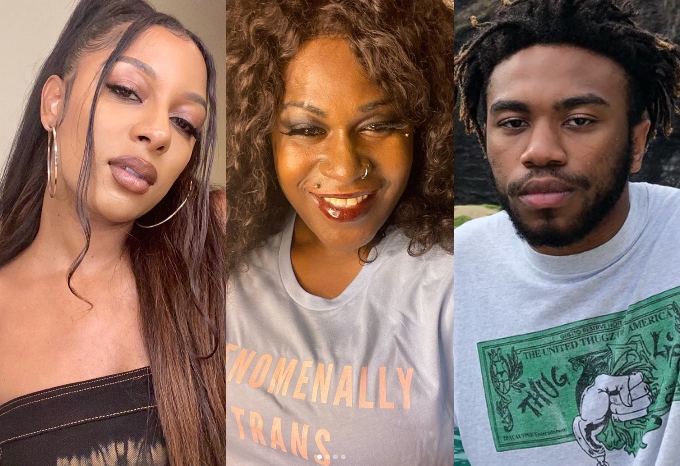 As we all know, June is Pride Month. And here at Soundigest, we feel that it’s important to inform our readers of the history behind Pride while sharing ways to support LGBTQ+ artists. More specifically, LGBTQ+ artists of color. When it comes to the fight for equality, we still have ways to go. But none of us are equal until all of us are equal. And right now, with the momentum of the Black Lives Matter movement, it’s crucial that we recognize the shared intersections of identity between the Black and LGBTQ+ communities.

This month, it’s especially important that we highlight the parallels between the LGBTQ+ liberation movement and the Black Lives Matter movement. Two key figures in the 1969 Stonewall riots, Marsha P. Johnson and Slyvia Rivera, bravely fought back against police as they raided the Stonewall Inn in Greenwich Village. This event marked a pivotal moment in LGBTQ+ history — a history that isn’t completely accurate without including BIPOC activists such as Ms. Johnson and Ms. Rivera.

But Stonewall, as well as other LGBTQ+ movements, has continuously been white-washed by the media. One of the most shocking examples includes the 2015 film Stonewall, where Ms. Johnson and Ms. Rivera are replaced by a fictional protagonist named Danny who is white, gay, and cisgender. This erasure has pushed Black members of the LGBTQ+ community into a negative space and has contributed to misinformation and ignorance in American society.

Even with various LGBTQ+ rights organizations that work tirelessly at battling homophobia and transphobia and establishing legislation that is both inclusive and non-discriminatory, it’s vital to acknowledge the intersection of race, sexuality, and gender identity. The mainstream music industry, in particular, remains guilty of failing to acknowledge marginalized groups while continuing to profit off them. And since Pride will forever represent a protest against such injustices, we’d like to celebrate Pride by standing in solidarity with Black LGBTQ+ artists. Here are some of our favorites…

Syd, the lone woman of Odd Future and vocalist of The Internet has made a stand to normalize being an openly gay Black woman in music. When Syd released her first solo album, Fin, in 2017, she didn’t feel the need to tiptoe around her sexuality in her songs.

She shared with Billboard: “In the beginning of my career, I made it a point to avoid those topics of conversation and just normalize it. Being gay is normal … these days I’m not shying away from these kinds of topics. I do want to inspire people —young girls who may like to wear boys’ clothes and who romanticize women and feel nothing wrong with it.”

Listen to “All About Me” and “Come Over”

Kevin Abstract has consistently referred to his sexuality in his lyrics both as a solo artist and as a counterpart to the alternative hip-hop band Brockhampton. When asked about what it’s like to be a gay rapper in the hip-hop community, he told BBC: “I have to exist in a homophobic space in order to make change, and that homophobic space would be the hip-hop community … so me just existing and being myself is making change and making things easier for other young queer kids.”

Want to know what makes @brckhmptn more than your average boy band?

Abstract also explained that he does not want to be labeled as a “queer rapper,” but simply prefers to be a “rapper.” For instance, in Brockhampton’s song “JUNKY” he addresses a notorious question; “why you always rap about bein’ gay?// Cause not enough n****s rap and be gay.” He hopes that his presence can aid in breaking the stigma of gay men in hip-hop.

Listen to “Miserable America” and “JUNKY”

Singer-songwriter Victoria Monét has been all about promoting self-acceptance since the early days of her artistic career in 2014. However, in more recent years, Monét has publicly opened up about her bisexuality.

I want everyone to know that I’m single (since people wanna pretend I’m not) and make imaginary rules for me. I secretly and respectfully went through a difficult break up this summer but enough is enough. I also like girls. Thank U, Next. Bye ✌🏾

After she found major success co-writing two No. 1 songs (Ariana Grande’s “Thank U, Next” and “7 Rings”), she reached Billboard’s Hot 100 with the release of “MONOPOLY” alongside Grande. “MONOPOLY” soon became a prideful anthem for fans as Monét lyrically notes, “I like women and men.” In honor of Pride Month, Monét recently released her new single, “Experience,” with Khalid and SG Lewis.

Monét discussed the new single with Apple Music: “After a lot of thinking and feeling, we decided to continue with the plan to put it out, so we want to give some context on why. We’ve always used music as a form of escapism from troubling things. This song, though deep in subject matter, sonically feels joyful and celebratory. It’s important to us to highlight and celebrate Black joy and love in the middle of so much pain and trauma.”

Little Rock, Arkansas native Shea Diamond has an extraordinary story behind her music career as a Black transgender woman. At the young age of 20, Diamond’s intrinsic desire to commit to gender affirmation surgery led her to a desperate attempt to rob a convenience store. For years, Diamond was kept behind bars at an all-male correctional facility. While spending time in prison, she wrote her first-ever single, “I Am Her,” which acts as an autobiographical anthem for transgender women everywhere.

Last year, Diamond shared her experience transitioning in an interview with Billboard: “I had to go through extensive therapy to be able to just live within my own existence. She elaborates that she struggled to “be this person that I was forced to be and not the person I was born to be.”

As a non-binary singer-songwriter, Lex Allen focuses on themes of self-healing and living out one’s identity unapologetically. In 2019 Allen released their standout EP titled I.D.E.N.T.I.T.Y. This three-track project sheds light on multiple intersections of one’s identity, from race to gender to sexuality. The hip-hop heavy title track explores Allen’s hard feelings of anger and frustration with feeling misunderstood by those who are misinformed. Whereas “Your You” and “Let Go” take on a more synth-pop sound as the singer begins to admire the beauty of being a queer individual.

It is a goal for Allen to create a safe space to celebrate queer love and the liberating emotions that come with being true to yourself. Allen elaborated on their music to PinkNews: “My intention is to create musical space for those who need something to help through the hurt, for people who need to hear something inspiring to help them see their self-worth.”