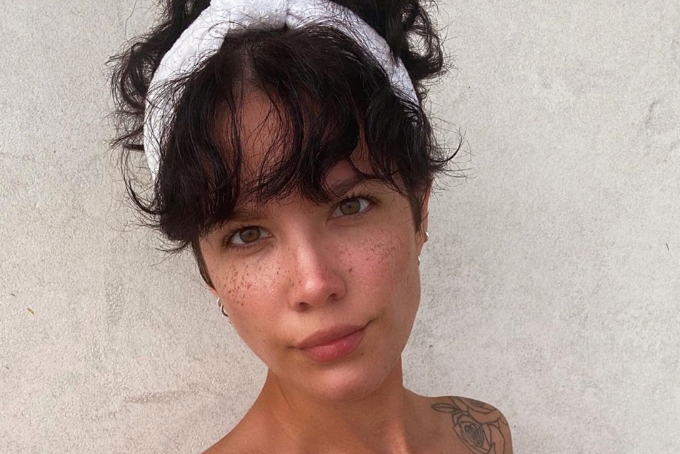 Halsey announced her first poetry collection titled, I Would Leave Me If I Could. The “You Should be Sad” singer is set to release the hardback version of the book on November 10 through Simon and Schuster.

Always having an incredibly close bond with her fans, Halsey dropping her first collection of poetry will only further solidify that relationship as she journeys through her own highs and lows over the years. According to the press release that accompanied the news, the book will feature, “never-before-seen poetry of longing, love and the nuances of bipolar disorder.” The announcement was first made on Halsey’s Instagram page, on which she shared the cover of the book with the caption: “I wrote a few thousand sentences but am somehow struggling to string together a single one to summarize how excited I am about this. I Would Leave Me If I Could is available for pre-order now.”

‪I wrote a few thousand sentences but am somehow struggling to string together a single one to summarize how excited I am about this. “I Would Leave Me If I Could.”, my first collection of poetry, is available for pre-order now. Link is my bio // iwouldleavemeificould.com‬

Taking to Twitter after the announcement, the pop singer talked with fans about the book — even feeling taken aback by fans who figured out the meaning of the illustration Halsey drew for the cover. The painting, titled “American Woman,” is a collage of faces of women pieced together as a continent surrounded by the ocean. Another fan joked about the title of the collection saying, “2020 is about self-love, Halsey. You’re a little out-dated,” to which she replied back, “I’m sorry my mental illness doesn’t comply with internet trends,” adding a crying-laughing emoji to its end.

Halsey has completely pried her chest open as one can expect perspectives and personal experiences based around doomed relationships, family, the depths of sexuality and mental illness. The official synopsis adds that the collection, “explores and dismantles conventional notions of what it means to be a feminist in search of power. Masterful as it is raw, passionate and profound, I Would Leave Me If I Could signals the arrival of an essential voice.”

When asked how long she’s been working on the project, she stated that it featured “a good few years of work.”