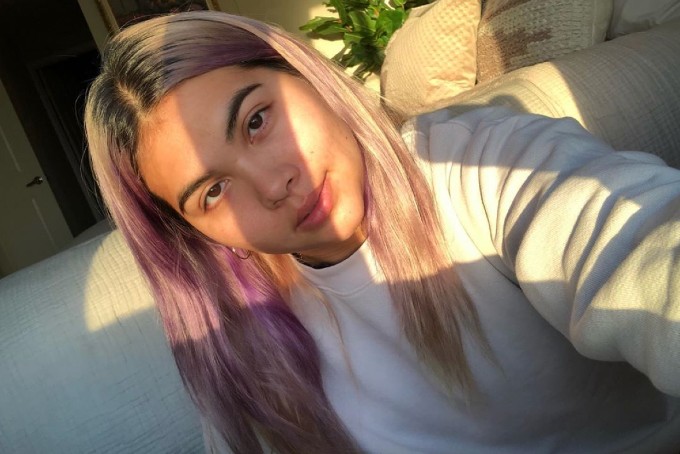 Hayley Kiyoko is affectionately referred to as “Lesbian Jesus” by her fanbase. She is an outspoken lesbian pop artist who has successfully brought more queer music into the mainstream pop world.

Her first single, “Girls Like Girls,” debuted just over five years ago and has since racked up over 124 million views on YouTube. She recently celebrated this achievement across her social media channels.

Today is the 5 year anniversary of GLG which I can’t believe! To celebrate @soundwaves_art created this artwork based on the audio soundwaves of ‘girls like girls’ !! Swipe left to see! I’ve signed every copy (only 100 prints avail) and 100% of the profits will be donated to @trevorproject ! (Link in @soundwaves_art bio) I’ve got mine hanging in my living room and will forever be grateful for the community and self love that you all gave me🥺 #glg FOREVER

“Curious,” the third single off of her debut album, Expectations, had limited airplay, but managed to make its way into Billboard‘s Top 40 Mainstream chart, peaking at No. 40. Still, it caught the attention of Taylor Swift, who invited her on stage during her Reputation Stadium Tour to sing the song to a packed crowd.

Kiyoko also won the MTV VMA for Push Artist of the Year at the 2018 VMAs.

Since June is Pride month, Kiyoko participated in a Live-At-Home concert for Billboard, which raised money for The Bail Project, an organization dedicated to eliminating “racial and economic disparities in the bail system.” She performed several songs, including “What I Need,” “Runaway” and “Let It Be.” During the Q&A portion of the concert, the 29-year-old singer spoke about what pride means to her.

“Pride to me means survival, protest, self-love. It’s a personal experience for all of us. And it’s something that individually we all work really hard to achieve. You have to put energy and practice into your own pride and your own self-love. I love June and I love that we have a Pride Month, but I really encourage you all to practice your pride on a daily basis.”

When asked about her first date with a girl, the “Girls Like Girls” singer spoke about her unconventional dating habits, explaining that she never officially had a first date.

“A lot of the girls that I had dated in the past were like, ‘Oh, we’re just friends,’ and then we ended up… just dating. But I did go on one date and I went to drop her off — this was probably like five or six years ago — and I went to drop her off and gave her a hug. And she was like, ‘You weren’t gonna give me a kiss goodbye?!’ And then I got in the driver’s seat and I was like, ‘Oh, shoot! Yeah, I can do that!’ And I go out the driver’s seat, walked all the way around the car and gave her a kiss. It was so embarrassing.”

For more on Hayley with Billboard, you can check out her full performance here.