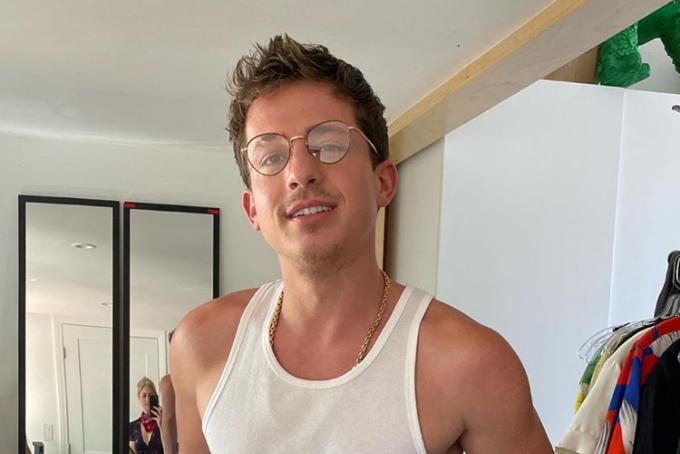 Summer is in full force, and even though the current state of the world isn’t the most ideal for celebrating the warm weather, we’re still desperately looking for some hazy tunes to drift away to. This is where Charlie Puth enters the chat with his slinky new single, “Girlfriend.” Being the crooner’s first single of 2020, he came with fire blazing to drop his freshest release since his highly acclaimed 2018 album, Voicenotes.

Unlike his prior projects from last year, “Girlfriend” creates a melting pot of the jazzy production that bleeds through Voicenotes and the funkier direction he’s been experimenting with since then. Pulling back the reins on the instrumentals, the tune vibrates around the singer’s perfect pitch and falsetto-swept harmonies. Yet, there are dashes of sticky synths and a slick bass that elevate it to straight-funk territory.

The drop wasn’t unexpected, as Puth’s been flirting with the track since April when he began sprinkling references to the groovy song on Twitter with posts featuring the two letters “GF.” On Instagram Live, he conversed about “Girlfriend” to his fans, telling them, “I think this is one of my favorite songs I’ve ever made, and one that I’ve been sitting on for a really long time and just kind of perfecting the production and the vocal production over the year. I truly love this song more than anything.”

Puth also went on to say that the lyrics are incredibly blunt, so it isn’t difficult to figure out the meaning. With verses like, “Baby, would you ever want to be my girlfriend? // I don’t want to play no games // this is more than just a phase” that warble through the chorus, it seems to come from the perspective of someone who just can’t let go of another. Their feelings are too strong, and they can’t go another night without letting the girl know.

Last Friday, the 28-year-old singer took to Twitter to announce that “Girlfriend” has broken some personal records. “Atlantic just told me “Girlfriend” has been my biggest debut ever,” he tweeted. “Thank you all for streaming and downloading!!” it makes sense, seeing as the far-out ’90s vibe that cascades down the single’s intro are enough to hook even the most critical of pop fans.

Puth outdid himself with this one. “Girlfriend” is an instant bop, and we can guarantee that it will be blasting through every radio station and Spotify playlist for the rest of the Summer season.